You are the owner of this article.
Edit Article Add New Article
You have permission to edit this article.
Edit
Subscribe to E-paper
Young Chefs
Youth Sport Spotlight
Coronavirus
Opinion
Press Releases
Special Report
Express TV
On Point
Individual of the Year
Photo Gallery
Videos
Special
Share This
1 of 8 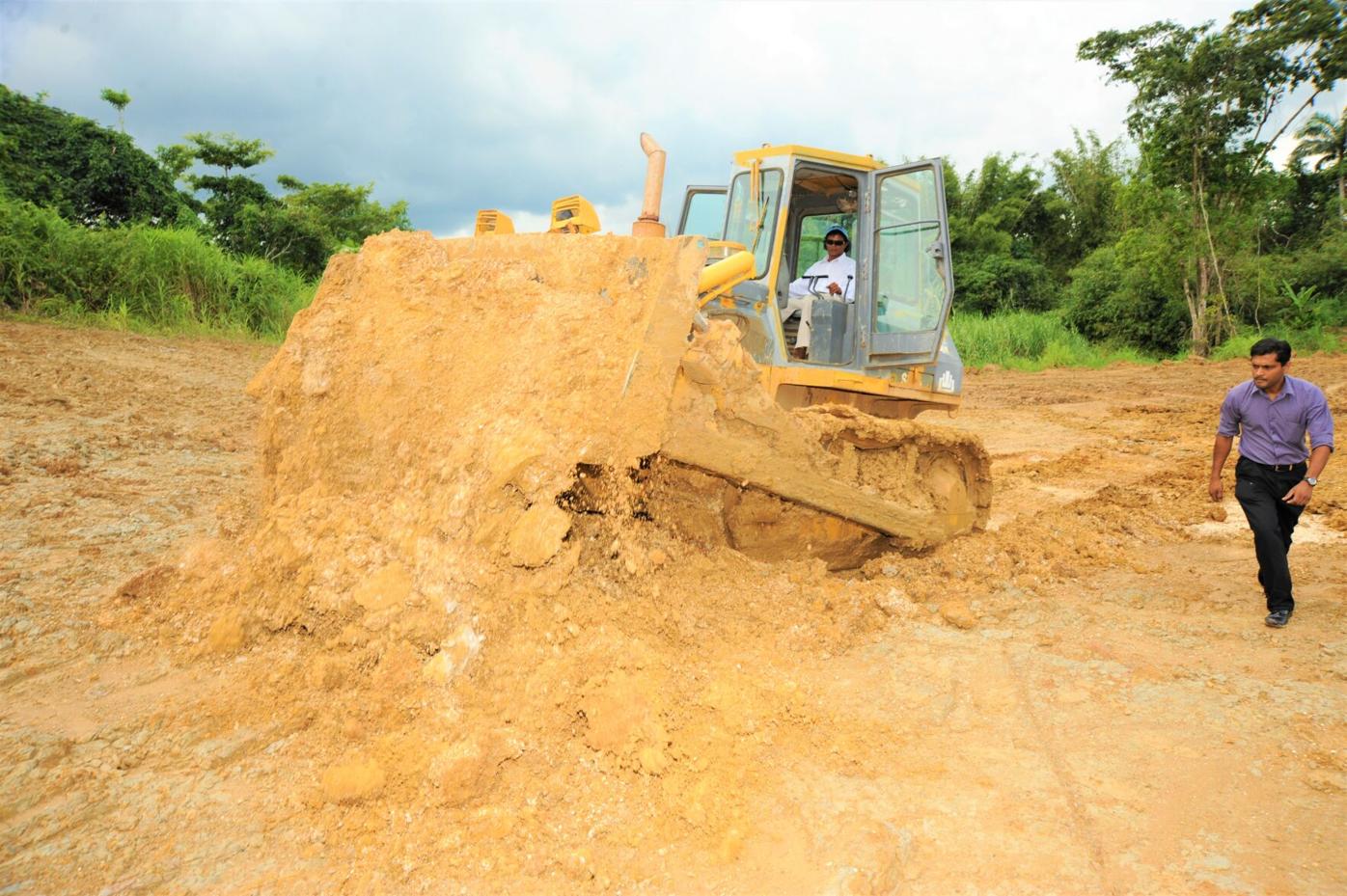 The site off La Cuesa Road, Freeport where the shell discovery was made. 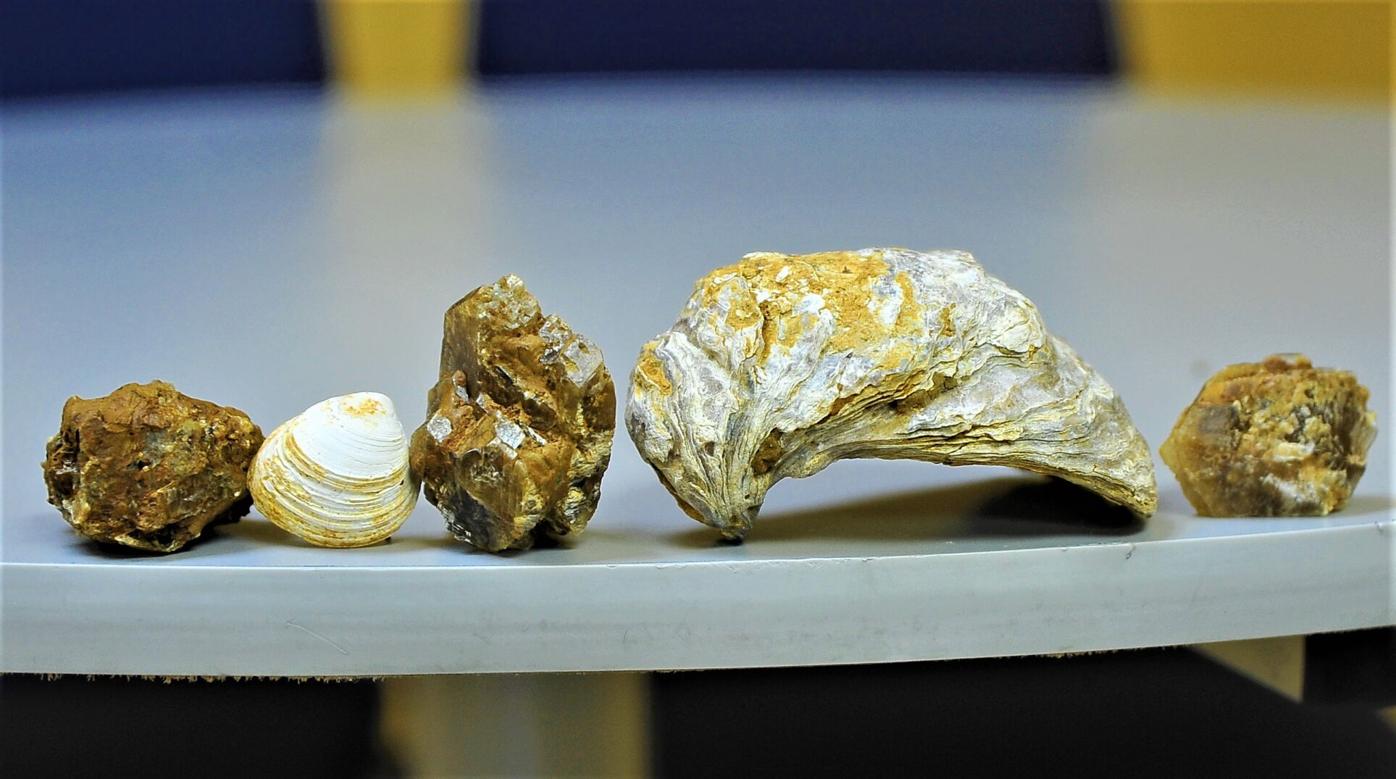 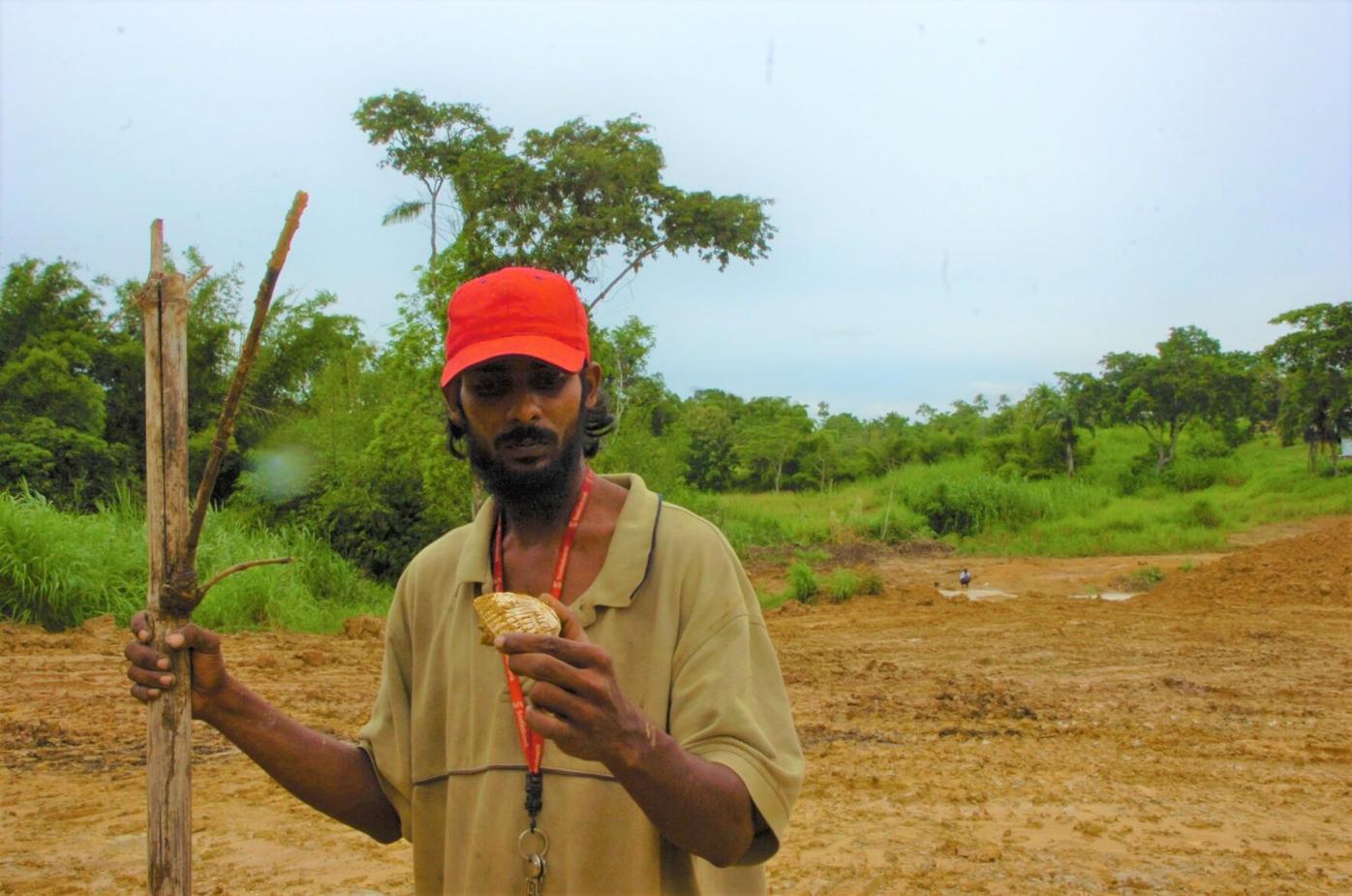 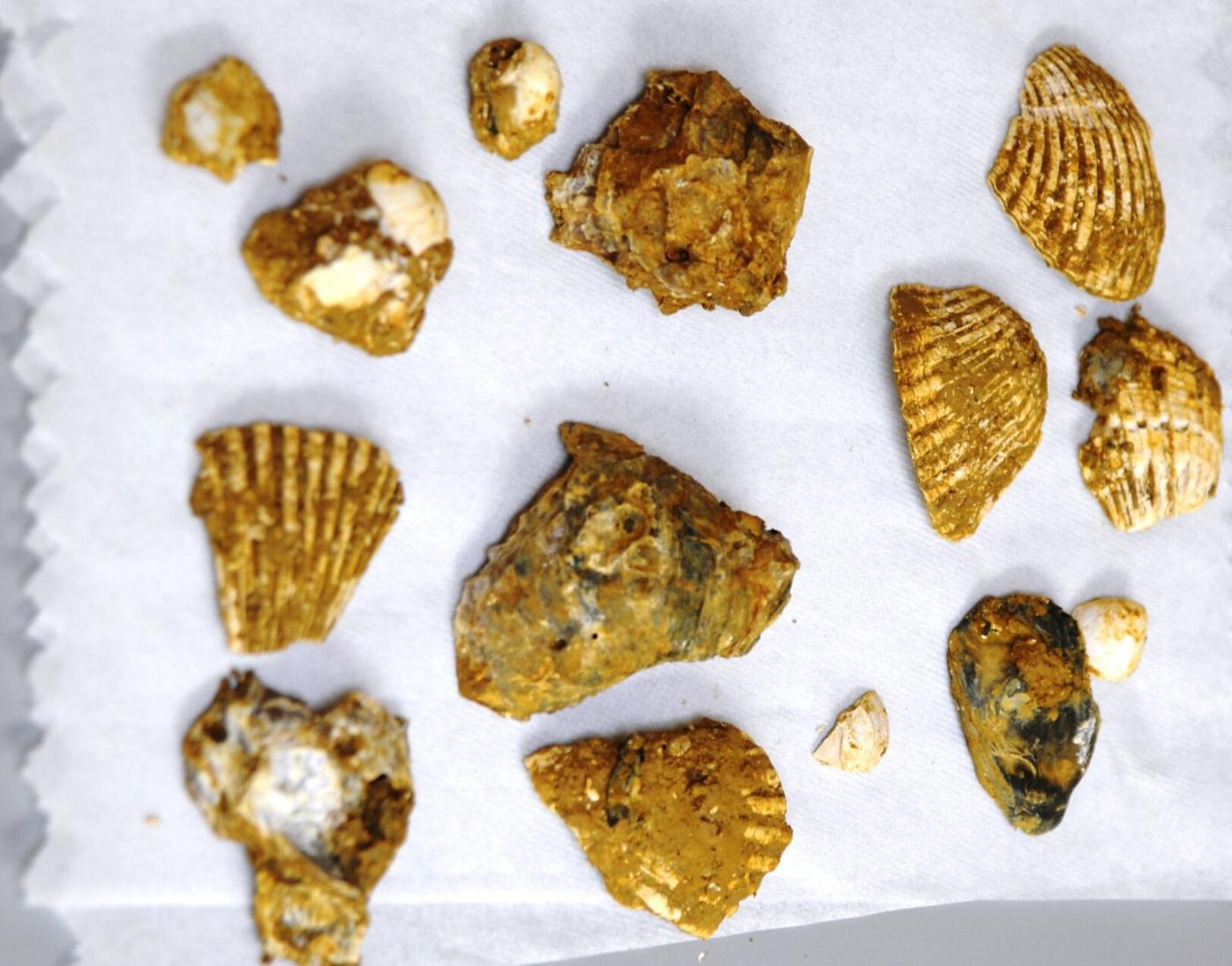 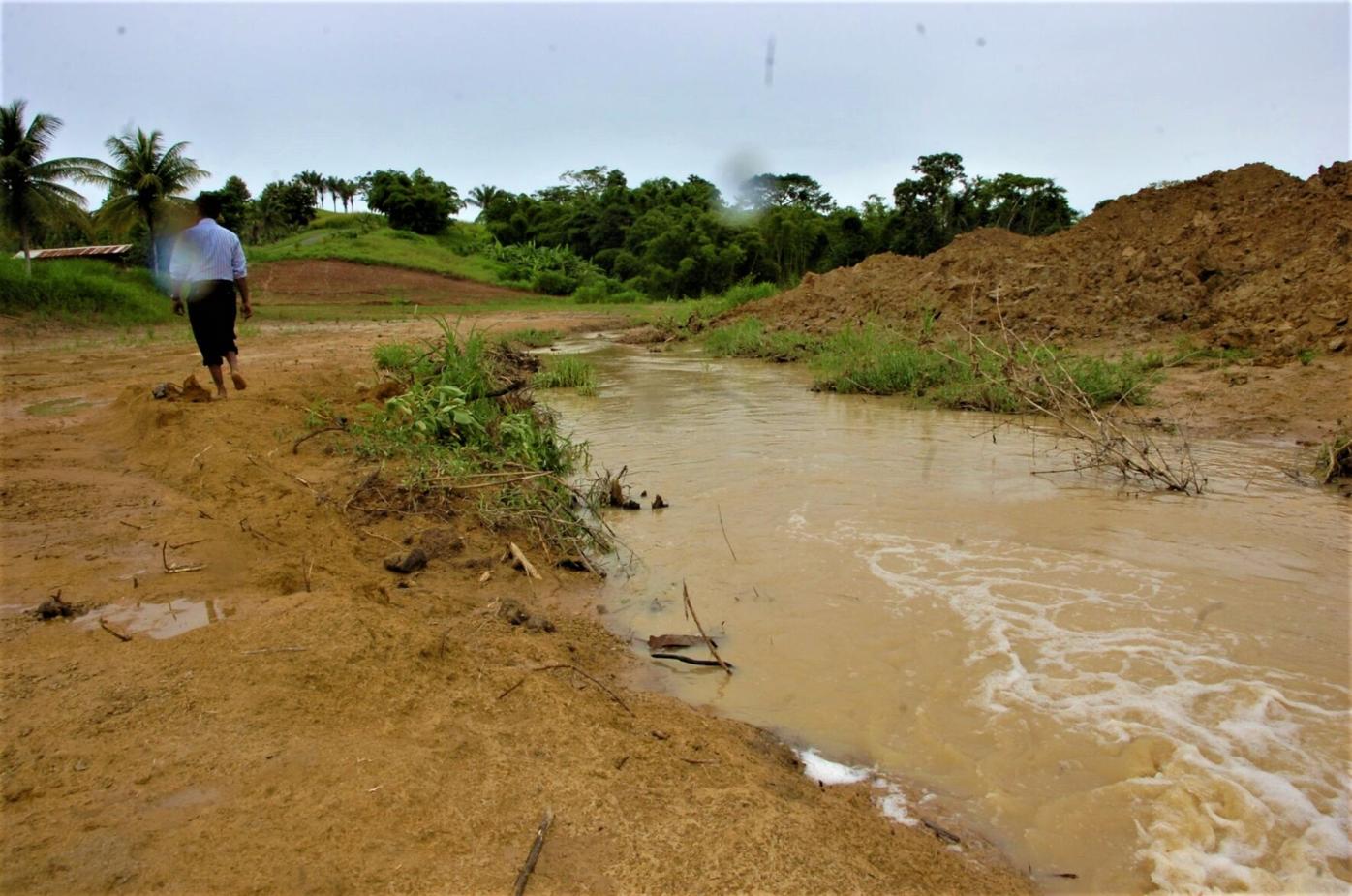 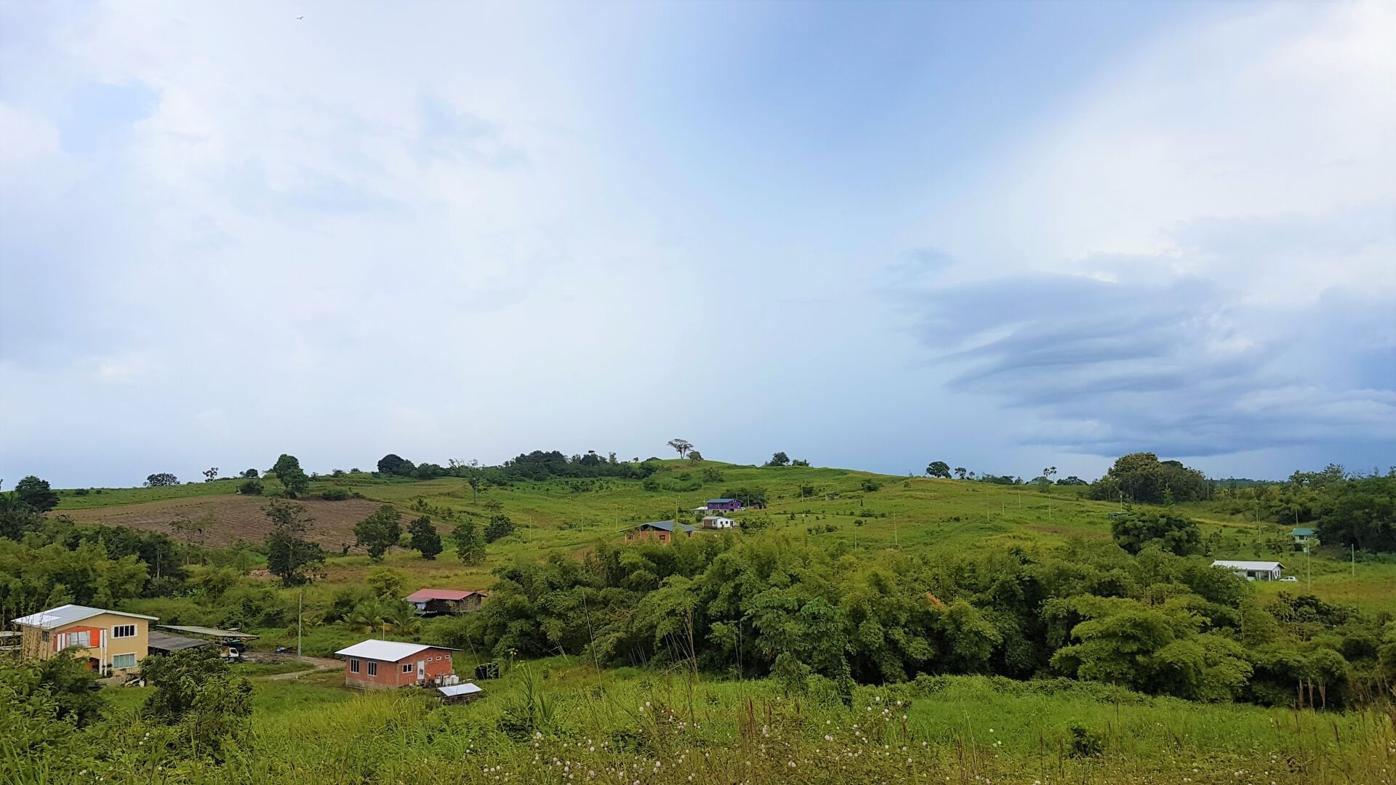 This land was once the sea 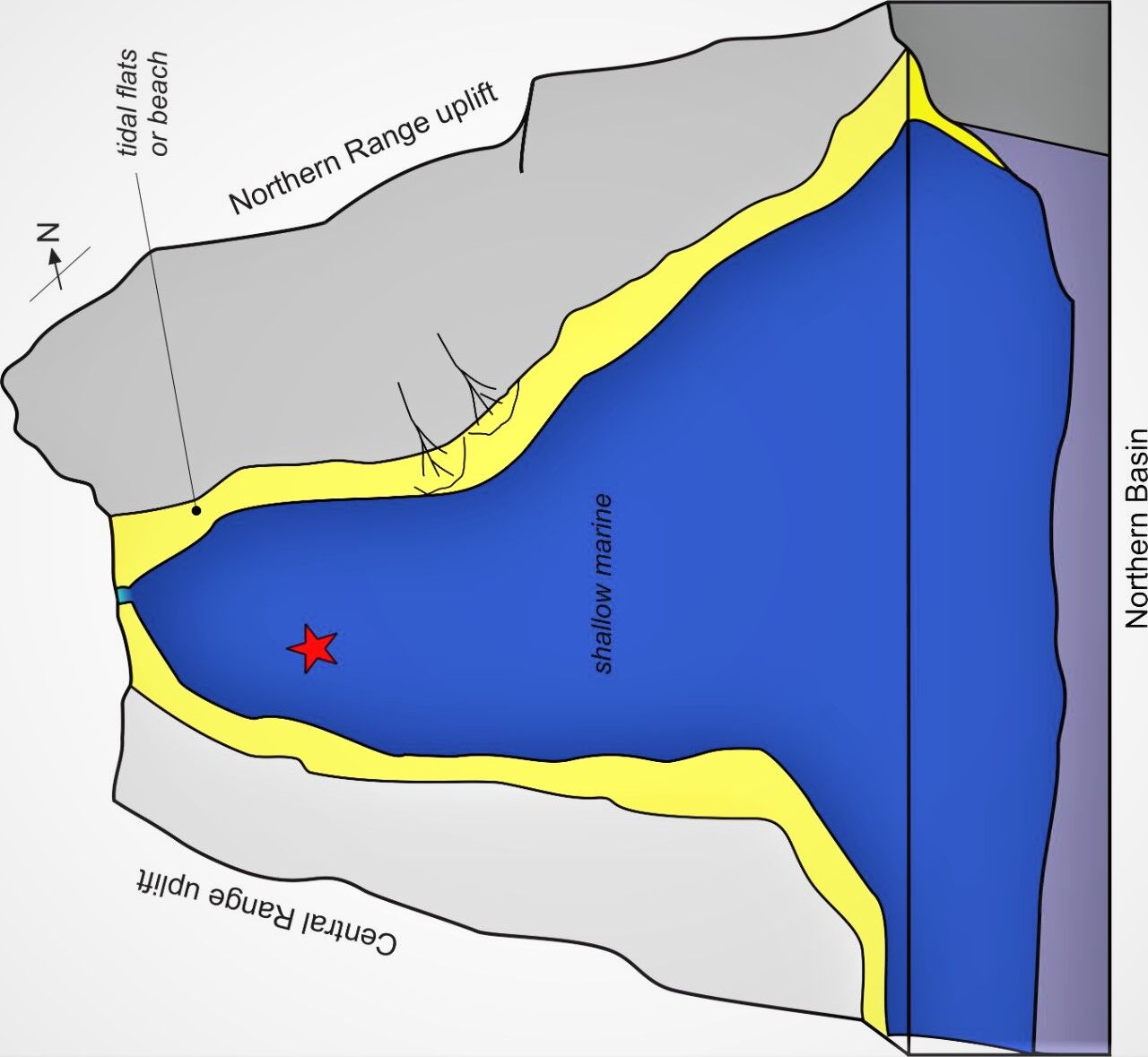 A diagram submitted by geologist Dr Annalize McLean. The star denotes the approximate location of the La Cuesa, Freeport site.

The site off La Cuesa Road, Freeport where the shell discovery was made.

In the hills and valleys off La Cuesa Road near Freeport grew some of the finest cocoa and coffee on the island.

But when the industry died in the 1930s and 40s, the plantations were abandoned and forest reclaimed the estates.

It was only at the turn of the century that the land began gaining value, as rich folks went in search of second homes and homesteads, when they wanted to leave the enclave of ‘West Trinidad’.

And so the landowners of La Cuesa began cashing in, selling by the plots and parcels, including the acres once owed by the curiously named shopkeeper Mr Manbhagoo, of California, near Point Lisas.

That is how heavy equipment operator Bob Ramoutar ended up finding something buried there more than two million years old.

Ramoutar, a heavy equipment operator of Edinburgh, Chaguanas, was hired by a developer to level the land to allow for house constructions.

So he cleared the forest in 2009 and returned the next year to begin moving dirt.

He told us: “After cutting into the side of the hill, I saw this thing like stone and thought it was gravel. But then I realised it resembled shells. I came off the bulldozer and took a closer look.”

Shells by the millions, several metres deep, some resembling what you might see washed up on a tropical beach, others the size of an adult’s hand, none having any business so far from the Gulf of Paria 12 kilometres east. And mixed up in it all, quartz (rock crystals).

“I realise this was something special. No single person could have caught so many oysters and clams. I started looking for treasure,” he joked.

Ramoutar said he took some of the shells home, carried a sample to his pundit, and called the Express.

We called the scientists.

A suggestion that the find could have been a shell midden left behind by Trinidad’s First Peoples (similar middens have been found across Trinidad and Tobago) was dispelled by Dr Basil Reid, Prof of Archaeology at the Department of History, University of the West Indies.

This, Dr Reid said, might be of interest to his colleague, Prof Brent Wilson, who was until a few years ago a senior lecturer in Palaeontology and Sedimentology, Petroleum Geosciences Programme, at UWI’s Department of Chemical Engineering, before retiring to Wales.

Wilson examined images of the shells found at the site and later visited with a team from the university, an event that the village still remembers, since there was talk that the geologists were researching an “earthquake fault”, resident Mustapha Mohammed told us yesterday.

The experts said the shells were not left there by some ancient civilisation dining on seafood. They are so old, humans didn’t exist yet.

At some point in time, the land where the shells were found was the ocean.

We will find no aquatic dinosaur fossils. While the shells were deposited between 2,300,000 and 5,600,000 years ago, long after dinosaurs ruled and went extinct, the last of them passing on about 65 million years ago, after dominating the world for 100 million years.

A more precise age for the shells and rocks could be determined by carbon dating.

And there are certainly more seashell sites far from shore buried under our jungle vegetation, waiting to be found.

How old is Trinidad?

To a geoscientist, any outcrop of rock tells a story such as whether the rock was erupted from a volcano, deposited by a river or laid down in the deep ocean, or metamorphosed by extreme pressures and temperatures during mountain building.

Piecing enough of these stories together in the right order gives a geological history of a region that shows how environments changed over immense stretches of time.

Because sedimentary rocks, which are mostly made from dirt eroded from mountainous areas, are deposited in strata (beds, formations), the science of reconstructing Earth history is called stratigraphy. Stratigraphic knowledge regarding the planet’s history becomes more refined as more and more outcrops are studied.

There are two factors limiting the growth of knowledge of Trinidad and Tobago’s geological history.

The islands have deep soil in which grows very thick vegetation. This means that natural outcrops are few and far between.

Also, unlike more developed countries, Trinidad and Tobago does not (yet) have a permanent, professional geological survey.

Such bodies employ geologists who would routinely tour the country examining places such as construction sites or road works, which create temporary exposures that would add to the knowledge.

But the country does have a large community of geologists who work in the oil and gas industry, which forms the backbone of the economy.

Almost all are members of the Geological Society of Trinidad and Tobago (GSTT), and all are thirsty for news of new outcrops, whether exposed by landslips or construction, that would increase their knowledge. Such knowledge would in turn allow geologists to predict with greater certainty where we should explore for oil and gas.

The site was visited by geologists Sushma Chatelal and Curtis Archie.

They determined the succession of rock types in the beds and, on the basis of samples of both the rock and the shells, found that the exposure comprises the Caparo Clay Member of the Talparo Formation.

And the shellfish belong to the genera Anadara, Ostrea and Taras, which live in shallow water near shorelines.

The succession was probably deposited during the Pliocene Period (about 5.6 million to 2.3 million years ago), when temperatures worldwide were two to three degrees Celsius greater and global sea level 25 metres higher than at present such that much of northern Trinidad was under water.

Thus, the shells were probably stranded when sea level fell as the ice caps on the Antarctic and Greenland grew during the Pleistocene Ice Age.

Geologist Dr Annalize McLean, who studied what was found at the site, said chemical dating of the shells was attempted. Samples were sent to Nicole Abdul at Rutgers University in 2010 for isotopic dating to be attempted but the actual age of the formation could not be determined from the recovered fossils.

However, McLean determined that the shell bed accumulated at a time when the Northern (Caroni) Basin was below sea level.

The Northern Range and Central Range were already uplifted, creating a narrow smaller basin that sea encroached into from the east—the Atlantic side of the island.

A later infill of the basin from deposits of sediments from river and the tidal action would have buried the shells, she said.

NOTE: Richard Charan can be contacted at richard.charan@trinidadexpress.com

The Red House, which cost $441m to renovate, is leaking

Minister: WASA and T&TEC ‘badly in need’ of rate review