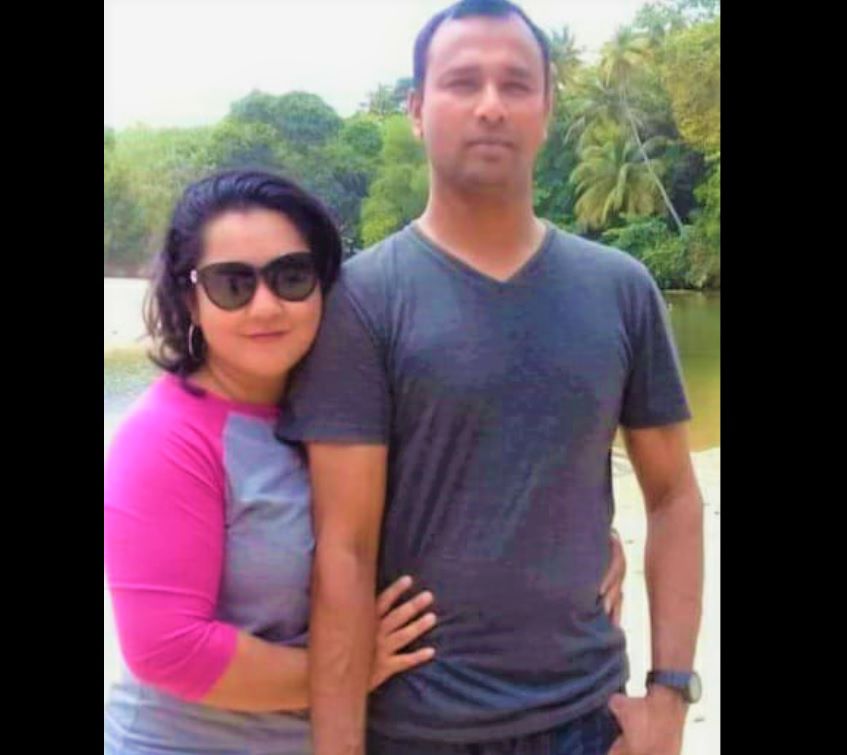 A crowd gathers near the crime scene. Photo: Dexter Philip

The scene of the murder/suicide. Photo: Dexter Philip

The credit union has been closed

It happened in the parking lot of Venture Credit Union, along the main road.

The building is located near the Couva Police Station.

Police said Naiee Singh, 31, exited her vehicle and was attacked by Roger Singh, 32, her husband. He was waiting for her in the parking lot.

She was shot in the head.

The man then turned the weapon on himself. He shot himself in the head.

The couple died at the scene.

A .38 revolver was used in the crime.

The Singhs were separated about a year ago, and a week ago, the Court granted the woman a restraining order, which was supposed to prevent her estranged husband from approaching, harassing or contacting her in any way.

Naiee Singh, a loans receptionist, moved out and returned to the home of her parents.

Her husband worked as a lecturer at the National Energy Skills Centre (NESC).

In a statement, the credit union advised customers that the Couva branch would be closed today but made no mention of the death of the woman.

A witness who was seated in his car in the vicinity of Venture Credit Union, when he heard screams.

He looked through his back window and saw a man armed with a firearm and the victim scrambling on his car.

Whilst exiting his vehicle, the witness heard two shots and saw the victim on the ground and a man standing over her.

He ran for help and heard two more shots and on his return he observed the man on the ground with the firearm in his hand.

‘Where did Singh get the firearm?’

A RELATIVE of Roger Singh claimed yesterday that he was never a violent person but on the day he shot dead his estranged wife Naiee Singh he may have “tripped off”.

Mother at funeral: I can’t take it

SUSPEND the police officers involved in the shooting deaths of three men in Morvant.