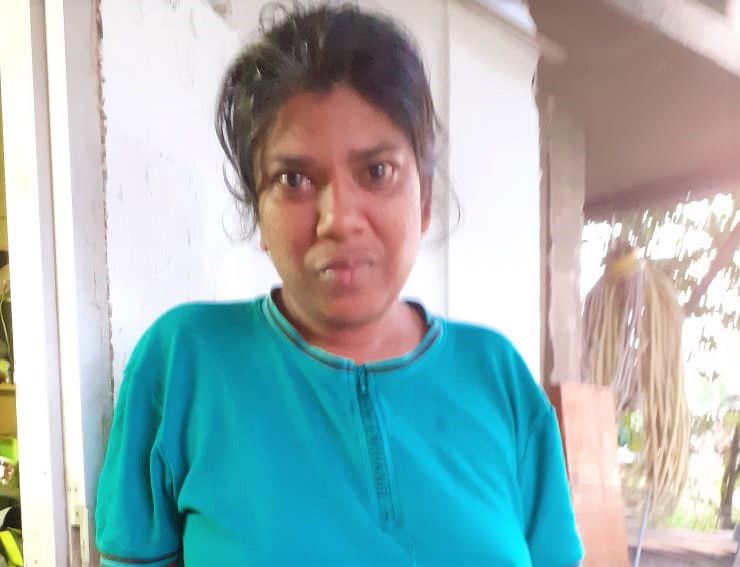 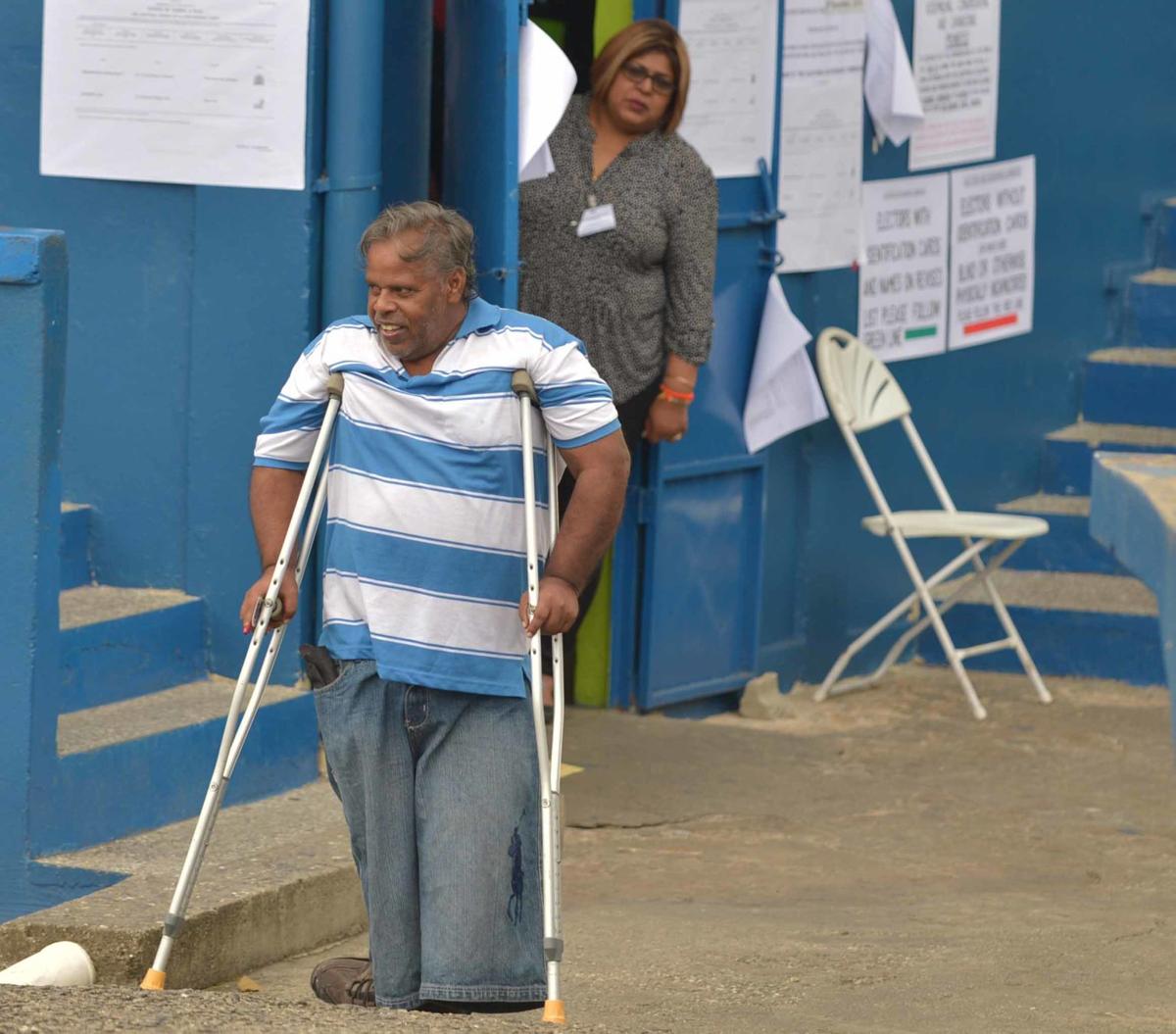 Physically challenged Sooknanan Lutchman, displays his stained finger after casting his vote at the Hermitage Primary School, near San Fernando, during on Monday, during the Local Government Elections.

A 39-year-old disabled woman was denied her right to vote at the South Oropouche Government School polling station on Monday.

Susan Samaroo, who has a speech impediment and some reading and writing complications, was taken to the school to cast her vote, which she has done in the past.

However after filling out the necessary forms, she was turned away and told that she could not vote.

Her brother Ralphie Samaroo told the Express of the impact this had on her.

“We went there at around 2p.m. to cast our votes, myself, my brother and my sister. She normally votes but previously she was taken to vote by my mother but she recently passed away. So this year we went to take her and she was very excited about it.”

“When we got there we explained to the people there that she had a speech impediment and that she had some trouble reading and writing. At first they let us fill out the forms and when it was time to cast the ballot they would not let my brother accompany her and they told us she could not vote.” he said.

Rule 48 of the Representation of The People Act, allows for handicapped persons to be accompanied into voting stations by an elector who is a father, mother, brother, sister, husband, wife, son or daughter of the said person and over the age of 18.

The Rule states “Subject to rule 38 to 47, the Presiding Officer, on application of an elector who is incapacitated by blindness, visual impairment or by other physical cause and who is, therefore unable to vote in the manner directed by these Rules, shall require the elector to swear an oath in the form set out as Form No. 58 or 59 in the Prescribed Forms Rules, as the case may be, and on making such oath the elector shall be allowed to cast his vote with the use of a template or the assistance of a companion of his choice.”

However Susan Samaroo, who has a polling card and is a registered was repeatedly denied access by officers at the school. “I got so mad about the disrespect they showed to us, they tried to intimidate the girl because of her disability and that was just not right.” said Ralphie Samaroo.

He contacted incumbent councillor for the area Doodnath Mayrhoo who visited the polling station and met with those involved.

Mayrhoo told the Express: “My agent and I went to the polling station and we had some discussion. Apparently they have restrictions when it comes to disabilities, they ask the elector a question and if the elector cannot answer, they cannot vote. This particular young lady had a speech impediment and was very nervous so she could not answer and the decision was taken that she can’t vote. She began to cry and was very upset.” he said.

He said the woman should have been allowed to vote as is her right.

“I see it as an infringement of her constitutional right to vote. Our attorney Dinesh Sankarsingh was made aware of the situation and we will be writing to the EBC to lodge a formal complaint on the matter.” Mayrhoo said.

The Express contacted the Elections and Boundaries Commission’s communications manager Bobbi Rogers for comment. Rogers asked for the contact information for Samaroo, said the Commission would comment after gathering the facts.