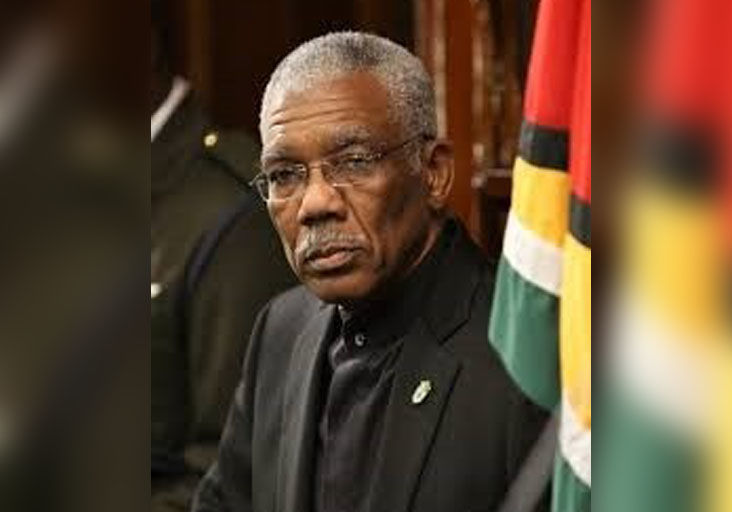 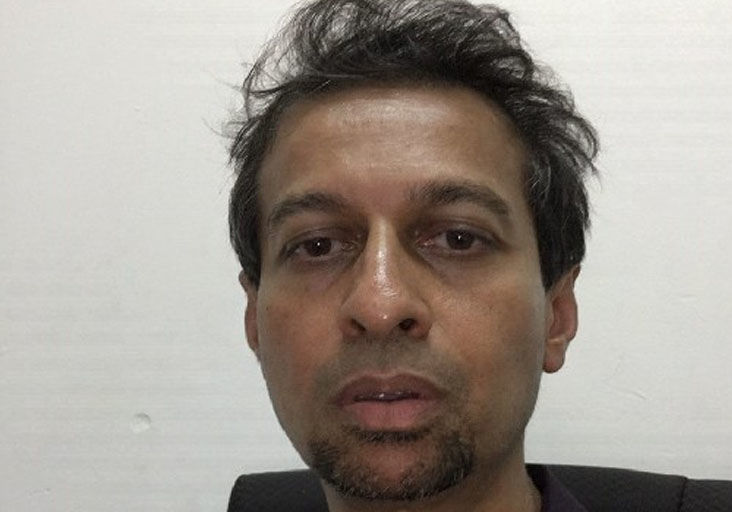 The Guyana Government (GoG) on Monday criticised an editorial appearing in the Trinidad Express and Barbados Nation over the weekend which flayed it for a press freedom attack on Stabroek News (SN) via the withdrawal of state advertising.

In a statement issued by the director of Public Information, Imran Khan, the government accused the editorial in the two regional newspapers—part of the One Caribbean Media (OCM) group—of numerous inaccuracies and said that Stabroek News had become politically partisan and a “mouthpiece” for the political party, A New and United Guyana (ANUG).

In an invited comment, Stabroek News Editor-in-Chief (EiC) Anand Persaud said that he welcomed the solidarity shown by the two regional sister newspapers in relation to the flagrant press freedom attack orchestrated by the Department of Public Information (DPI) and which the Guyana government has since adopted. He said that Stabroek News would continue to lobby against the press freedom attack both here and abroad.

“The Government of Guyana is alarmed at the numerous inaccuracies contained in the editorial which forms part of an apparent Stabroek News campaign to resurrect, misrepresent and regionalise an issue which has no merit and which has been debunked and settled in Guyana”, the GoG statement said.

Persaud said that to the contrary the issue remains unsettled.

The GoG statement said that the editorial states, inter alia, “[f]or more than three months, Stabroek News has received virtually zero advertising from government agencies in sharp contrast to other newspapers,” and that “the newspaper received not a single government ad in October.”

“This is wholly false. In the month of October, 2019 Stabroek News received a total of 171 advertisements from 23 government ministries, departments and agencies”, the GoG said.

Persaud said that SN has stated publicly that it received not a single ad from DPI in October and that Khan would no doubt be able to confirm this. The EiC said that some government agencies that have traditionally advertised directly with SN have continued to do so obviously recognising the value of placing ads in the newspaper. Ads controlled by DPI—the majority of government advertising—were completely locked off for October including important information such as from the Maritime Administration Department. These ads were placed exclusively by DPI in the state newspaper, the Guyana Chronicle and the Kaieteur News.

The GoG said that for the period January 1 to November 18, 2019 the government, through DPI, remitted to Stabroek News the sum of $51,975,704 as payment for advertisements placed in that newspaper.

Persaud said the figure for the month of October to SN would be zero.

The GoG further said that there are two “central elements” to this issue about which Stabroek News has not been forthright.

The first is that it was Stabroek News that “unnecessarily prejudiced” itself when, on May 22, 2019, it instituted a “bizarre and unprecedented blockade” of government advertisements from the newspaper.

Persaud said that there was no blockade, merely an advisory to DPI that until its debt was substantially reduced no further placements could be accepted. Persaud said this action had been taken as DPI had severely breached the terms of its advertising contract, had run up a debt of over $22m and had made no effort to address this despite repeated requests. He said that no well-run business could turn a blind eye to a debt of that magnitude.

“Secondly, it is true, as stated in the syndicated editorial, that Stabroek News is a ‘newspaper widely respected for its record of independent journalism.’ This record however is being severely tarnished under (EiC) Anand Persaud who has taken the newspaper down a politically partisan path.

“Stabroek News, once the leading credible, independent newspaper in Guyana, has become nakedly partisan and anti-government. The evidence is plentiful. We provide a sample”, the GoG statement said.

It pointed to Timothy Jonas, a leading member of the newly formed ANUG being a member of the board of directors of the publisher of Stabroek News.

Persaud pointed out that Jonas had been a member of the board of Guyana Publications Inc since 2008 and has the constitutional right to freedom of association. He said that Jonas is not a member of the editorial panel of the newspaper.

The GoG charged that Stabroek News does not avail other political parties similar space in its pages. Persaud said it is the newspaper’s practice to offer column space to all of the contenders closer to the date of elections. He said that Ramkarran’s column is outside of this framework.

The GoG also pointed to a Tuesday column in Stabroek News by Dr Henry Jeffrey, a senior executive of ANUG. It said that he too comments on political matters and political competitors. Persaud said that the same principle applicable to Ramkarran applies to Jeffrey.

Persaud added that SN has over the years been a harbour for the multiplicity of political voices particularly in times when the space is monopolised by the major parties. He said that a perfect example was the generous space offered to the founders of the Alliance for Change (AFC) in 2003 when they were ostracised by their parties. Persaud said that lamentably the AFC—of which Khan is a prominent member—has now become an active participant in the unconscionable denial of ads to Stabroek News.

“It is evident that Stabroek News has become the de facto mouth piece of the ANUG and is using this contrived matter of advertising placement to manufacture a controversy which does not exist. Stabroek News has now sunken to the level of misinforming its regional counterparts with a view of furthering this campaign against the government of Guyana. It is clear too, that Stabroek News has resorted to political blackmail, under the cover of its baseless complaint of getting no state advertisements”, the GoG stated.

Persaud said that the allegation of “political blackmail” was beneath contempt.

The GoG said that the syndicated editorial further stated, “(s)ince the government lost a no-confidence vote in December, Stabroek News has been uncompromising in its position that the Granger government was in breach of the Constitution by failing to call an election within the stipulated period.”

The GoG said that this matter had engaged the local courts and was appealed at the Caribbean Court of Justice (CCJ) and in its final ruling the CCJ made no declaration that President David Granger acted in breach of Guyana’s Constitution with regard to the holding of elections.

“Contrary to what is being peddled by Stabroek News and the political opposition, President Granger has, at all times, acted in strict accordance with Guyana’s Constitution and the rulings of the court”, the GoG said.

The GoG said that it trusts that the explanations will be of benefit to the decision-makers at the OCM group and that the “inaccuracies and errors” contained in the syndicated editorial will be corrected and not repeated.

It said that under the Granger presidency, “Guyana has been restored to the status of a full democracy, with respect for human rights, especially the right to a free press. Until the stop order from Stabroek News on state advertisements, there was no complaint about the status of the plural, open and free media in Guyana. It suits the political agenda of Stabroek News to use its own brazen refusal to publish state advertisements as a contrived prop to discredit the government. Responsible media in the Caribbean must not fall for this ploy”.

Persaud said it is clear that the government having attracted a coterie of handmaidens in the state and private media had been seeking to target Stabroek News for its independent and forthright reporting and had utilised the newspaper’s attempt to rectify DPI’s woeful breach of its credit arrangement as the means to do so. He said the newspaper will continue to discharge its obligation to the public and to hold the Granger administration accountable for all transgressions of good governance.

• The above article was published yesterday in the Stabroek News, Guyana.

The first lesson of the Covid-19 pandemic seems to be already forgotten. In the mad rush to secure their own vaccine supplies through bilateral deals with the pharmaceutical majors, the richer nations of the world are flexing their influence and financial muscle while crowding out and marginalising smaller and poorer nations.

MY title is not a reference to outgoing United States President Donald Trump. We have heard so much commentary describing him as a flawed individual, and we have indeed been presented with recent evidence which has borne this out, that such a title would have been quite apt.

Recent events in Washington, DC, USA, the revered capital of the United States of America, have shaken the moral authority of that country to lecture, threaten and coerce other countries in the name of democracy, rule of law and human rights.

The disgraceful scenes of Americans storming their own sacred Capitol building—the long-claimed sanctuary for democracy—was bad enough, but what preceded it was worse.

POPE FRANCIS’ decision on Monday to allow women to perform some altar duties during Roman Catholic Mass is a welcomed, but tentative, move away from anachronistic gender stereotypes. But not fast enough.

Our trade unions are under attack

The 21st century has seen the trade union movement in Trinidad and Tobago consistently under attack, severely criticised and victimised by the ruling economic and political elites.

Let the umpire run the show

Steve Smith, cheater or not?

That is the question. I have been watching cricket for a long time and though I hold no qualification regarding the laws of the game, I do believe that the action of former Australian captain Steve Smith in “remarking” or whatever he says, is wrong and he should be reprimanded.