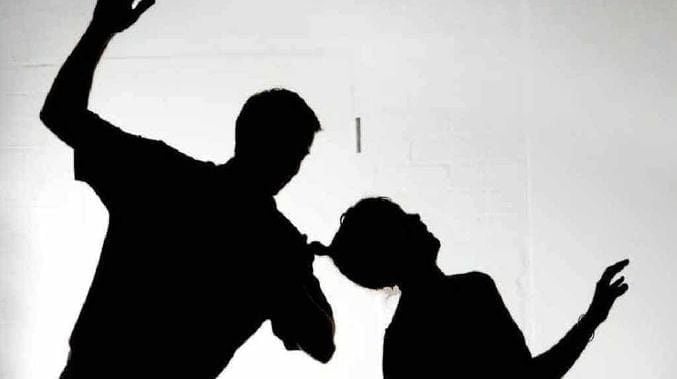 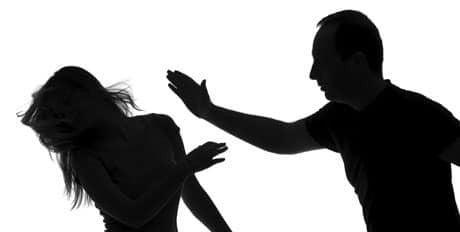 We know well that many women do not report domestic violence. A survey done in 2018 reveals that only five per cent of women who have experienced domestic violence go to the police for protection and response. Significantly fewer women go to police than apply on their own for protection orders. Over 8,000 applications are made annually for protection orders. Yet between 2013 and 2018 only 997 reports were made to the police across Trinidad and Tobago. In this period, reports to the police declined by 49 per cent despite increased violence across Trinidad and Tobago. Much less is known about the reporting practices of gender diverse persons and persons in same-sex relationships.

We understand why many women, gender diverse, and non-heterosexual persons who experience abuse do not turn to the police. They lack of confidence in the provision of an effective response. Notwithstanding comprehensive standing orders and also in the Domestic Violence Act, many women fear the consequences of increased violence against them which police reporting may trigger; victims feel stigmatised and ashamed; and they also are fearful that the police response will be slow, inadequate and insensitive. This can be worse for LGBTI persons who often experience greater fear in reporting due to homophobic and transphobic attitudes and a lack of LGBTI sensitivity. The LGBTI community experiences a similar degree of stigma and shame when it comes to reporting acts of gender based violence, including domestic violence and other acts of violence due to one’s gender identity or sexual orientation.

We get reports that there are perceptions that some police officers collude with perpetrators known to them to frustrate effective police response.

A great number of improvements are needed urgently. There are no issues of detection to complicate policing. The identity of abusers is known and the level of risk of future fatal violence can be ascertained. Here are some needed approaches:

1. Adequate resources: We note and welcome the establishment of a Gender Based Violence Unit. This Unit should have service provision responsibilities but it should also be equipped with the authority to monitor and supervise police stations. It is important that reporting is not centralised given the sheer scale of incidence in the country.

While it is a good idea for police to go to the home to take a report, we can foresee that these good intentions will be hampered by resource shortages—availability of police officers to leave the stations; availability of vehicles for a timely report taking and protection etc.

We recommend that all police stations have the requisite capacities to receive reports, investigate, and respond immediately to domestic violence. They should be monitored to ensure due diligence in report taking, investigation and needed actions, particularly in cases where alleged perpetrators may be employed within security forces. Police actions must be informed by key principles, including perpetrator accountability, victim safety and due process.

2. Non-discriminatory policing: We welcome the commitment to an effective police response to domestic violence without discrimination on the basis of sexual orientation and gender identity. LGBTI victims report great hurdles in getting respect from officers when making reports and having reports taken seriously and accurately. Many victims we have talked to refuse to report because they believe this has a higher cost for them than any value of reporting. While capacity to respond competently must be developed across all stations, the ability to reach a designated officer they know will be sensitive would significantly increase the propensity to report for LGBTI persons. This information can be circulated to relevant NGOs. LGBTI sensitivity training would also be required to assist designated officers and the GBV unit.

3. Co-ordinated action: The Victim and Witness Support Unit should be informed of every report made for their input into risk assessments and appropriate social service interventions with both victims and perpetrators. If perpetrators have threatened to kill their partner or previous partners, special and immediate protections should be made to ensure the safety and well-being of the victims. NGOs that have been engaged in GBV interventions and provide social services should also be meaningfully included in coordinated actions.

4. Gender and victim sensitive policing: There is no denying that women are largely the victims of domestic violence and that the violence is meant to assert coercive control and psychological domination. Due diligence policing can only be achieved if police understand these dynamics. Police must be trained in the following skills:

a. Active Listening/Interviewing: Reporting abuse is an act of courage. Police must listen non-judgmentally, gain the trust and assess the level of risk to protect victims from further harm. Interviews must be private, reports recorded and the victim informed about what the police will do next to investigate the report.

b. Investigation: Reports of physical violence or threats of violence must be investigated by the police. Police must take the lead in building the case rather than relying on the victim to build the case for the police. Police have an independent duty and interest in preventing all forms of gender-based violence.

c. Safeguarding victims: Police officers must be knowledgeable to give information that would keep victims and their family members safe. Police should develop the practice of home visits and community patrol to build confidence that they are concerned and are working to ensure victim safety.

d. Mandatory arrest: If upon investigation, the police are satisfied that an arrestable offence has been committed, the perpetrator should be arrested. Swift action also places the perpetrator in a secure setting for a “cooling off’’ period. Upon arrest, the perpetrator can also receive appropriate social service interventions.

e. Risk or lethality assessments: Arrests should trigger risk assessments to ascertain whether the perpetrator has the potential to and is likely to engage in further violence and cause serious harm. This risk assessment should lead to a referral of the perpetrator to social services and will be an input into the determination of charging and bail applications.

f. Data collection: Police must be trained and held accountable for recording all reports and compiling periodic statistics in accordance with the commissioner’s statutory duty to keep a register of reports, in compliance with comprehensive data collection protocols.

g. Co-ordinated action response: Police should ensure coordination with the network of relevant NGOs and service providers for referral for services, clear accountability and protocols for victims to get the immediate support structures needed.

6. Accountability: In accordance with monitoring and evaluation protocols, there should be weekly police station reviews of actions taken in response to domestic violence reports. This review, led by the senior police officer, will determine what steps should be taken by police to follow up on investigations.

There should be clear repercussions for police officers who fail to follow these actions and established protocols. The Victim and Witness Support Unit should establish a hotline to receive complaints of police inaction or inadequate responses so that prompt corrective action can be taken.

Trained gender-based violence champions at the supervisor level within the police service should be identified who can offer timely support, advice and guidance to officers dealing with domestic abuse cases.

It is very important that police understand domestic violence and gender dynamics. Police cannot have defeatist attitudes about their ability to prevent domestic violence. The Police Service must be empowered with the right messages, procedures and policies so that the do their job—protect and serve victims/survivors of domestic violence.

Finally, we note that gender-based violence, like other aspects of crime and insecurity in this country has its roots in inequalities. It is important that our police approach does not reproduce inequalities and limit anyone’s access to justice. Police must work closely with social services to ensure access to social protection, counselling, medical attention and emergency and transition accommodation. The police must also monitor and evaluate their actions and be informed by the analyses and experiences of academics and activists.

Men and women are from earth

The legendary comic was never a fan of the great war between the sexes, a war which is never-ending and now played out daily in the trenches of social media. And I don’t blame him.

What is the colour of power?

I hadn’t intended to write a word; my feelings were raw and I felt that everything I could possibly say had already been expressed. I had already begun writing about something else for this column, but I couldn’t do it. I didn’t feel that it was right to let my exhaustion with the ongoing brutality of humankind shunt me away from a principle I hold fast.

The stubborn problem of delivery delays

EARLIER this week, the Minister of Housing officiated at a ceremony organised by the Housing Development Corporation (HDC) in which 500 lucky would-be homeowners stood to benefit from a random television draw for the allocation of State housing. This was the expected end of the line for at least those persons, some of whom would have submitted applications since who knows how long ago.

A routine police killing in Minneapolis

I lived in Falcon Heights, Minnesota for most of the 18 years I resided and worked in the state, teaching at the University of Minnesota. I was offered the job there in 1990, and subsequently bought a house. Falcon Heights is a suburb that is equidistant from both Minneapolis and St Paul, the capital, about a ten-minute drive away from both cities. For most of my time there I was the only black person owning a home on my street, and indeed on adjoining streets.

To say that we live in difficult times is to minimise the challenges each and every one of us faces on a daily basis.

From viral pan­demics leading to broken economies which have given rise to a huge number of people struggling to feed their families.

Rallying with the peaceful protesters

A minority of social media users have voiced dismay that West Indians are fixated on opining about the injustice of George Floyd’s death due to police brutality.

Do all lives matter in T&T?

Here in sweet Trinidad and Tobago, we have jumped on the bandwagon and stood up and expressed our diverse views on the ongoing racial tensions in the United States, but I ask us to step back and look at our country.