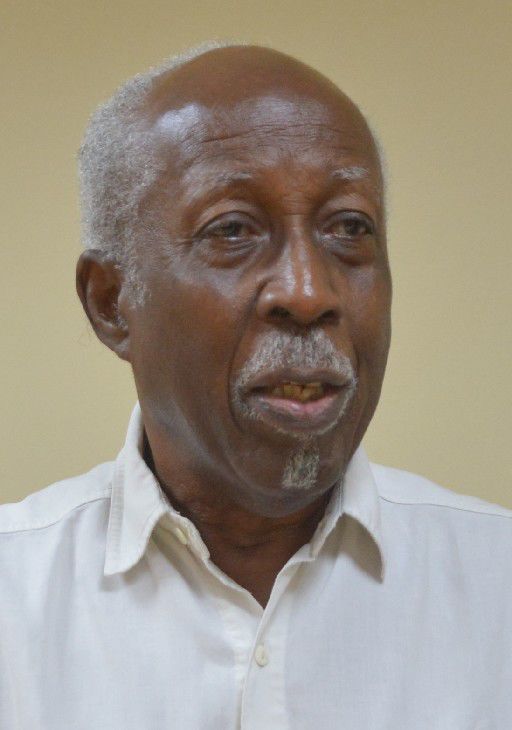 Recent developments in Trinidad demonstrate clearly that the national judiciary is in substantial turmoil – one might even say meltdown.

As the story goes, the Chief Justice stands accused of seeking benefits from the executive for his friends. If true, such actions threaten to compromise the independence of the judiciary. Informed by its chequered history in Trinidad, citizens in Tobago rightly worry that the executive would seize the opportunity to grant such requests and then heap pressure on the Chief Justice to call cases in its favour when deemed necessary.

The Law Association has investigated the matter and come to the conclusion that he may indeed have acted in such a way as to compromise the judiciary. Its substantive contention is that the alleged conduct could qualify as “misbehaviour” under the provisions of Section 137(1) of the Constitution that “A judge may be removed from office only for inability to perform the functions of his office (whether arising from infirmity of mind or body or any other cause) or for misbehaviour…”.

There is now an open war between the Chief Justice, several of his senior judges, and much of the legal fraternity, and several calls have been made for him to step down. He has dismissed them all as efforts to “hound (him) from office”. The Law Association has sought to invite the Prime Minister to exercise his power under Section 137(3) of the Constitution to represent to the President that the question of removing the Chief Justice ought to be investigated.

The Prime Minister, for his part, has refused, citing advice to the contrary from a British Queen’s Counsel. More troubling, the Prime Minister has not only now openly declared on the stomp that members of the judiciary are sympathising with criminals, allowing them to go free to continue their destructive practices in the country (a surprising departure from his public pledge last year to erect a “Chinese wall” between the executive and the judiciary). He has also politicised the issue by criticising the Law Association, on the ground that it is influenced by the opposition United National Congress.

These political attacks come over as convenient cover for the decision not to approach the President on the matter of the Chief Justice. They also do little to allay public fears about the disturbing issue of the independence of the judiciary from executive pressure and political interference. Further, it seems a great irony that the perception is that the Chief Justice now appears to be disciplining one of his judicial critics by banishing her to Tobago. Especially since he is a Tobagonian, the Chief Justice must surely be aware that assignment to Tobago cannot be contemplated as a legitimate form of discipline. Furthermore, if the Prime Minister is right, how can Tobagonians have confidence that the same judge and other members of the judiciary can properly and fairly dispense justice in Tobago? Or is it that justice in Tobago is a secondary issue?

These developments are causing grave concerns among citizens in Tobago who have a major stake in an independent, fair and efficiently run judiciary. They are triggering calls for the Parliament to complete its work on Constitution reform to provide meaningful autonomy for Tobago and for Constitution reform in Trinidad and Tobago otherwise. The desired reforms must provide the opportunity for Tobagonians to act, in Tobago, in the national interest, when there is palpable misconduct in Trinidad that threatens our best interest in a well-run democracy. The developments in the judiciary are a case in point.

Currently, Tobagonians and the Tobago House of Assembly are effectively designated bystanders who can only watch these very disturbing developments with alarm. Under its Sixth Schedule, the THA Act (Act No. 40 of 1996) denies the THA any responsibility for the judiciary. The current machinations in Trinidad are a reminder to Tobagonians that this responsibility is exercised without any regard to their opinions and independent desires for a well-run judiciary. Indeed, this is a matter that affects citizens in Trinidad as well. It should not be left up to the Prime Minister only, any Prime Minister, to take action in an area so crucial to the institutional well-being of the country.

Waiting for the blueprint of change

Public confidence in any government is not helped when the family of a senior government minister is the beneficiary of State contacts. In the case of Attorney General Faris Al-Rawi, contracts to his relatives run to over $20 million a year for the rental of property, according to an exclusive Sunday Express report. Put in context, this works out to 8.5 per cent of the State’s annual bill for the rental of private property.

Discard inequalities in the education system

I wish to thank the endorsers of the statement on the “Education of Children of African Origin” articles that appeared in this paper recently. The statement rightly raised several issues of inequality in access to quality education in T&T, by black children (among others).

Rights of the worker

Every employee in Trinidad and Tobago, regardless of if they work in the public or private sector, is entitled by law to certain rights.

I have been working with the United Nations on Violence against the Women/Gender-Based Violence for the past ten years in Africa, the Arab world, and Eastern Europe. And in Trinidad and Tobago we have had one of those recent uproars over the killing of women and the search for causes. And the primary cause stares us in the face.

The state of existence as a tribalist is when one is living with a distinctive characteristic so as to be identified with a particular identifiable distinctive group. This status quo surfaces to facilitate the tribal member who is excessively loyal to his own group.

Politicians must put people before self

LISTENING to President Paula-Mae Weekes’s address on the reopening of the Red House, even the most sceptical among us could not help but be impressed, indeed be moved, by her departure on the role she was expected to play and the sentiments she was expected to express as head of officialdom, to be a spokesperson for the people on the ground pointing to their “hurt” and the inability of the leadership to address this hurt.