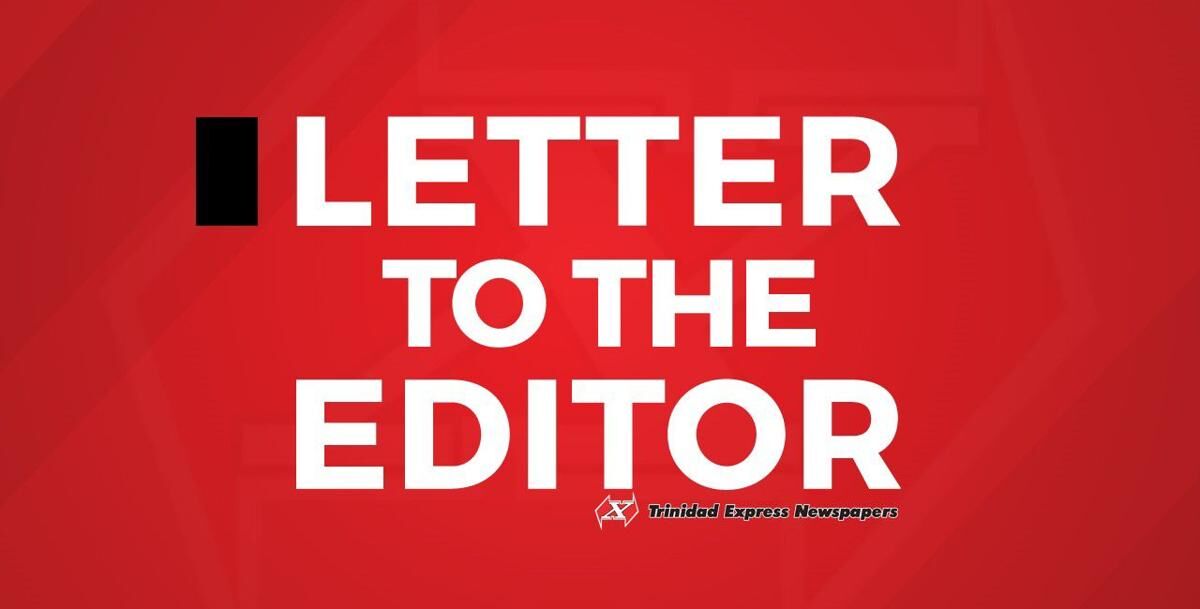 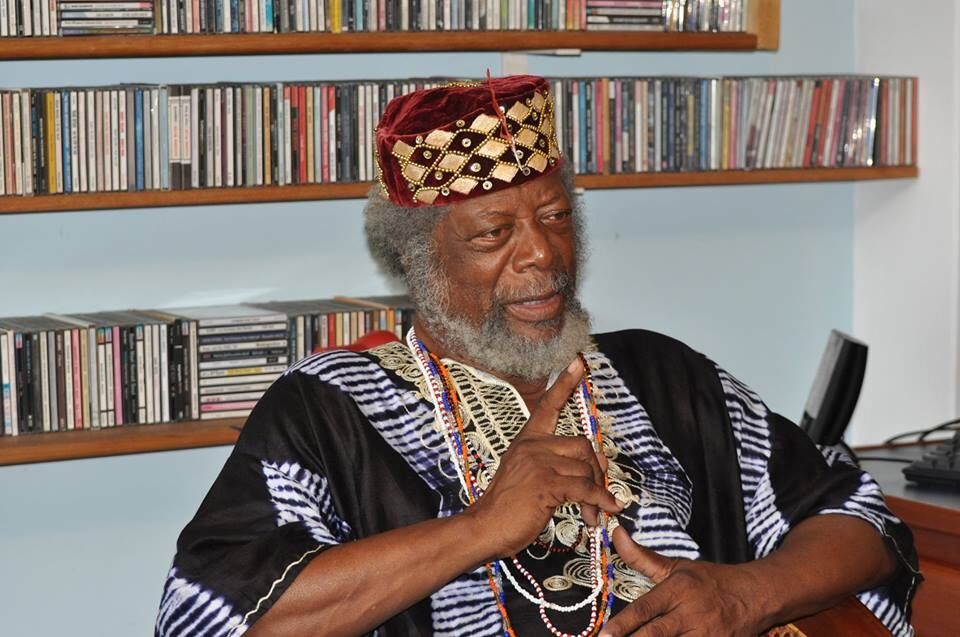 LeRoy Clarke was a giant among Trinidadians, a Full Man.

I knew him well, and we had a deep—and perhaps what many might think unlikely—bond.

I can’t remember how we first met, but it was in the early 2000s, when I was working closely with Lloyd Best and was also very close with Prof Ken Ramchand.

LeRoy had invited me to his studio in El Tucuche. Clarke had immortalised El Tucuche in his philosophy and poetry as Trinidad’s second highest mountain, representing the highest point of man and his achievements. Importantly, Trinidad’s highest point, at Mount Aripo, in Clarke’s philosophy represented where God resides. Our own achievements must always be put in that perspective.

LeRoy and I spent that day cementing our personal bond, a special one where we could communicate deeply without words. We understood each other in ways that other people did not.

LeRoy Clarke was from that great generation of Trinidadians whom I admire so much. Lloyd Best, VS Naipaul, Derek Walcott—those amazing men who, while in their twenties and thirties in the 1950s and 1960s, produced such incredible work of global-historic significance and impact. To this day, and until I myself pass, I continuously look upon that generation with awe, wonderment and admiration. I was extremely fortunate to get to personally meet and know many of my heroes.

One thing that was common to all of them was that in their works of art and intellectual exploration—speaking both to ourselves at home and also to the wider world, who listened to them—they were uncompromising and unflinching.

As one of them, LeRoy Clarke, for instance, did not mindlessly and automatically celebrate Trini culture out of some forced nationalism. He was harsh. He could be brutal. When he spoke of Douendom, he was scathing in his assessment of us as a people.

Part of my ability to connect with LeRoy was that I was profoundly shaped by my inspiration from the African historical experience, particularly the nationalist and Pan-African line from Marcus Garvey to Elijah Muhammad, Malcolm X, and Stokely Carmichael/Kwame Ture. LeRoy Clarke was a direct plug into that for me. He was a proud, rooted African man, and he appeared to be attracted to the fact that I strived to be similarly rooted. With that grounding, we talked to each other, freely, as free men.

We always looked at each other straight in the eye, deep down into our souls, when we talked. They would be unlike conversations I had with any other person.

Later, when I would visit his home, his massive book and record collection itself was pure joy. I was particularly admiring of his Miles Davis, Thelonious Monk, John Coltrane collection, and we both deeply revered Friedrich Nietzsche.

At his studio, with much of his life’s work on display there, I was able to put the pieces together and literally see the path and the process that LeRoy Clarke undertook for himself. He embarked on a monumental struggle to quite self-consciously shape himself and re-form his very being. Everything about his life was purposive. He lived with intention. His profound will would see him through any obstacle.

That said, I did not appreciate Clarke’s observation of the first United National Congress government led by Basdeo Panday in 1995, and I had to come to terms with that. At the time when the Panday Cabinet was sworn in, it was reported in the press that Clarke said he felt as though he were in Pakistan. It was not a welcoming statement in the least, and many remain offended by it to this day. However, as I can understand and admire the late, great Sat Maharaj, so too do I understand and admire the late, great LeRoy Clarke. I don’t think Clarke necessarily meant anything hostile by it, even if many other people have. He honestly expressed a genuine shock and discomfort. And it was what it was.

That said, LeRoy always had extremely kind and even admiring things to say about me, which was quite humbling. He constantly and continuously reached out to me. He always offered encouragement, feedback, analysis and guidance. He loved to talk, and I loved to listen.

I understood that although he was highly race-conscious, and highly concerned about his African people in particular, that was not his only consideration at all. In addition, his assertion of his African-rooted humanity by no means meant automatic disparagement of people of another race. He admired all proud people, and saw his own pride reflected in them.

Indeed, the other side of this pride was that he had also lamented to me about many things that he despaired to see and witness among his own people. Among other topics, we also spoke frankly about manhood, and the twin feminisation and deracination of men in modern society, in Trinidad and Tobago and globally. Indeed, so many of our conversations would not be able to be repeated publicly in today’s world, because of the over-sensitivity and, frankly, hypocrisy and self-deception that pervades contemporary Western society and discourse.

But LeRoy Clarke was a man who spoke his mind, no matter what. Like his painting, his poetry and his prose were uncompromising. They came from him. From his soul.

He did not bow to convention. Instead, he created new ones. I am awed at how many artists paint or do line drawings in the distinctive style that LeRoy Clarke pioneered.

LeRoy Clarke’s very life was a work of art, which he consciously shaped and formed, sometimes with great struggle, but always with great will and determination.

We have lost a great man from a great generation. I salute him for his singular, exemplary, self-consciously fashioned, iconic Being. His physical presence may no longer be here, but he has ensured that he left us a legacy of painting, art, poetry, philosophy, books, and a legion of students and devotees who will keep alive the tradition he forged.

Master LeRoy Clarke, it is now time to take your exalted place among the ancestors, my friend and elder mentor.

Despite being far below the $808.4 million sought by A&V Oil and Gas Ltd, the decision by State-owned Trinidad Petroleum Holdings Ltd (TPHL) to settle its dispute with a payment of $120 million and a new ten-year production contract leaves an uncomfortable aftertaste of public doubt and distrust.

Together we can influence change

Trinidad and Tobago celebrated Republic Day with some disturbing news.

This October our diverse cosmopolitan and beautiful nation will now be segregated in “safe zones” being established by our State.

In commencing the march to independence, Dr Eric Williams in one of his famous 1950s Woodford Square lectures had this to say:

We are in the middle of a global pandemic. This is not a time for hearsay. We saw last year where New York, the global mecca, was brought to its knees, mobile morgues lined up on the street; trenches being dug by bulldozers, mass graves to bury the many anonymous people who died but whose bodies were not claimed.

Please permit me space to ask the following questions related to Covid-19 policy, as no one I know has heard them addressed in any conclusive manner:

The Government’s latest position on the Covid-19 pandemic, as outlined by the Prime Minister last Thursday, has me perplexed for two reasons.