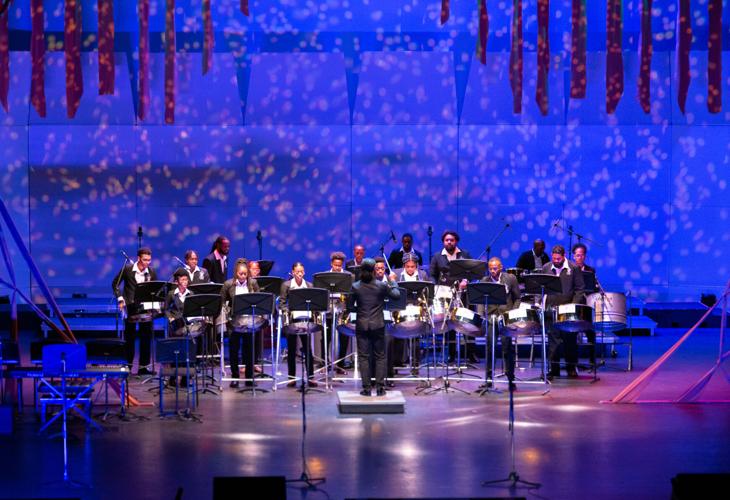 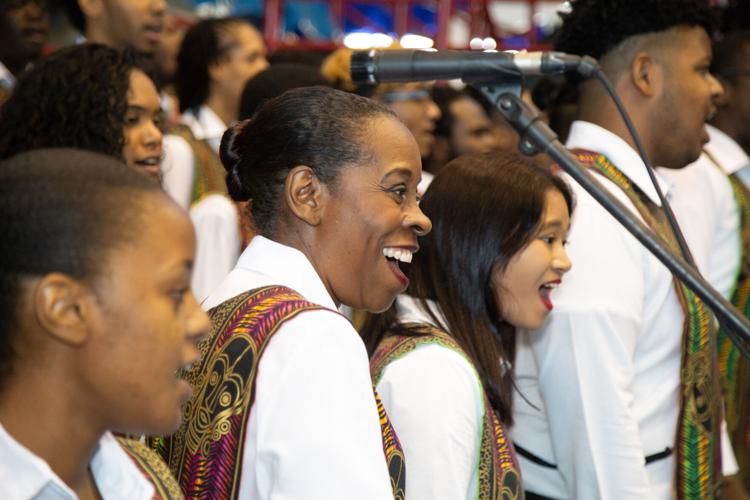 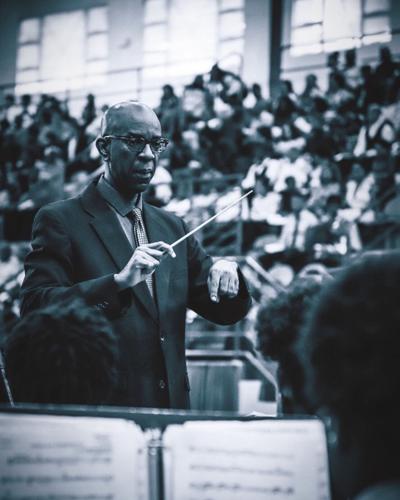 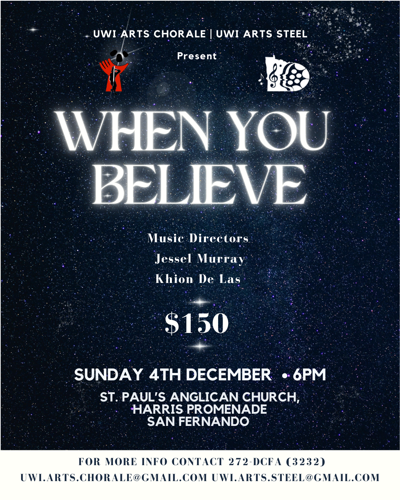 This statement reminds us to firmly hold on despitethe challengesone might face. This is also the titleof the UWI Arts Chorale and UWI Arts Steelupcomingconcert on Sunday, December4thunder the co-direction of University of the West Indies Lecturers,Jessel Murray and Khion De Las.The concert starts promptlyat 6 pm at St Paul’s Anglican Church, Harris Promenade, San Fernando. Presented by the Department of Creative and Festival Arts (DCFA) of The University of The West Indies, this concert will feature an evening of steel and choral music that promises to set your hearts alight with the joys of the Christmas season. President of the UWI Arts Chorale, Melissa Jimenez shared her excitement with the return to choral activities, “The UWI Arts Chorale is a space where members can bask in the joys of singing while being challenged musically. It’s a space where many can discover their full potential.This year we are back to provide our signature sound that audiences continue to love.”This is the first joint venture with the UWI Arts Chorale and UWI Arts Steel since the halt of in-person activities in 2020, due to the COVID-19 pandemic. This concert will showcase a wide array of repertoirewith John Rutter’s Gloriabeing itshighlight.Toe tapping musical theatre and spiritual selections will be on displayalongsideTrinbagonianpatriotic pieces in honour ofthe 60thanniversary of Independence in Trinidad and Tobago.Thisevent willalsobe the debut performance of thenewly appointed AssistantConductor of theUWI Arts Chorale, Mark Anthony Peter. Post-Covid, the reconstituted Choral has already presented performances at the UWI Matriculation ceremonies in September and at the opening of the UWI Faculty of Humanities and Education Independence art exhibition at the Rotunda of the Red House in November.The UWI Arts Steel remained active during the pandemic with virtual and live performances.In 2022, the ensemble travelled to Martinique where they flew UWI's and Trinidad and Tobago’s flag high as they delivered a stellar performance at the 51stFort-de-France Festival of Culture, where they received multiple standing ovations. Upon their return to Trinidad, the Steel performed at Fete Champêtre-the at The UWI, MW Productions’ Iëre x Tabago Choral Jubilee concert, and at the state dinnerat President’s Housefor the President of the Cooperative Republic of Guyana, Dr Irfaan Ali.Avirtual performance of “Ah Feeling” by LeadPipe and Saddiswas released during this time. Sekou Mc Gregor, Captain of the UWI Arts Steel commented that “The new and returning members are elated to showcase their talents and face any challenges ahead. “We are a dedicated group of young, professional musiciansand we are proud to represent the University alongside the UWI Arts Chorale.”This joint production of “When You Believe” promises to be amusical eventto rememberwhich you won’t want to miss. Tickets cost $150 and are available atThe Department of Creative and Festival Artsand from members of participating ensembles.For more information: email uwi.arts.chorale@gmail.com, uwi.arts.steel@gmail.comor call (868)-272-3232or 662 2002 x85440/85454.

UWI Arts Chorale is the resident choral ensemble at the Department of Creative and Festival Arts (DCFA) The University of the West Indies, St. Augustine Campus.Directed by Jessel Murray and accompanied by Jerome Dinchong, this Chorale, comprises present and former students from the UWI community, and music enthusiasts and professionals from the general public.The Assistant Conductor is Mark Anthony Peter. The UWI Arts Steel is the premier performing steel ensemble at the DCFA. Formed by undergraduate students in 2002 to compete in the “small ensemble” category of the World Steelband Festival held in Trinidad in November 2002 and then co-directed by Jessel Murray and Nervin Saunders, this Ensemble won first place in their inaugural effort and was subsequently adopted by the DCFA in 2003. The ensemble is currently co-directed by Mr. Khion De Las and Mr. Murray.Over the years the Arts Chorale and the UWI Arts Steel(together and separately) have become known for their eclectic repertoire that challenges audiences with new musical sounds and ideas. The ensembles have continuously presented complete masterworks to local audiences such as Britten’s “A Ceremony of Carols” with harp accompaniment (2010); Orff “Carmina Burana” (2013 and 2017); J.S. Bach “Magnificat” (2014); Handel “Messiah” –Part I (2015); Schubert “Mass in G” (2016), theMozart“Requiem” (2016)and Bernstein “Chichester Psalms” (2019). In 2010, the Chorale was invited to, and participated in the Trinidad All Stars Gala 75thAnniversary Celebration at the National Academy for the Performing Arts. In 2017 they again performed as guests at the All Stars’ Classical Jewels concert at the same venue. The Chorale and Steel have been the featured music ensembles at many of the University of West Indies notable celebrations including the UWI’s 60th Anniversary Celebrations (2008); the Professor Rex Nettleford Memorial Service (2010); and UWI, and the St. Augustine 50th Anniversary Campus wide Interfaith Service (2010), as well as the installations of former Principal Professor Brian Copeland and the current Chancellor, Robert Bermudez. The Chorale performs regularly at the UWI Matriculation ceremonies each September while the Steel is one of the featured ensembles at the UWI Graduation Ceremonies in October.The groups have toured together to Massachusetts (2008), New York (2010), Barbados (2012) and Belize and Mexico (2017). The most recent tour of the UWI Arts Steel was to Martinique in July 2022 where they performed as one of the marquee acts of the Fort-de-France Festival of Culture. Upon return to Trinidad, the Steel performed at Fete Champêtre-at The UWI, MW Productions’ Iëre x Tabago Choral Jubilee concert, and at the state dinner at President’s House for the President of the Cooperative Republic of Guyana, Dr Irfaan Ali.