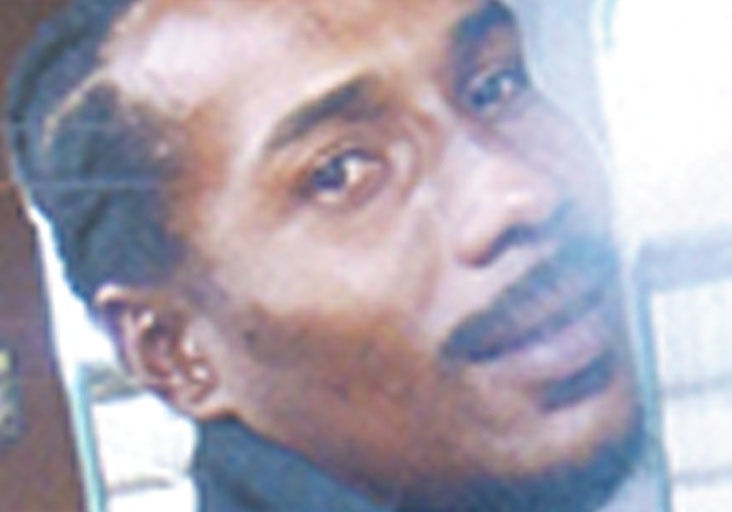 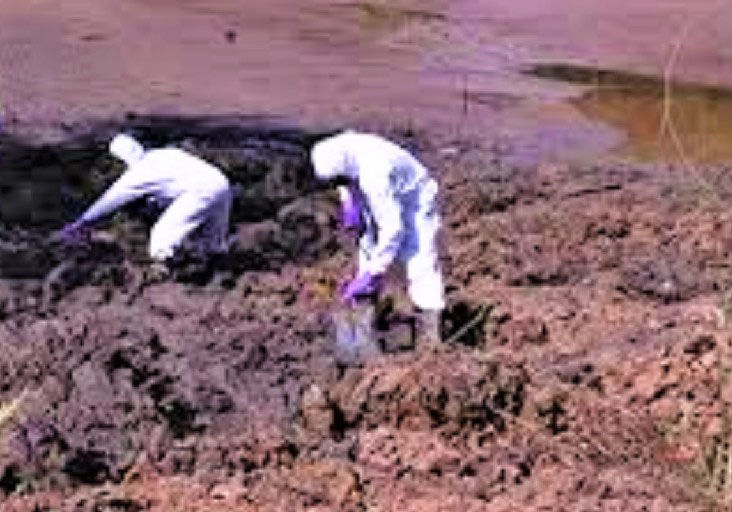 Three hand-written letters naming four suspects in the disappearance of disc jockey Claude “Choko” Hospedales, back in October 2011, were dropped off on the doorsteps of his mother, Maureen Hospedales.

And although the unsigned letters came five years after he vanished, the mother of three was hoping it would have renewed police interest in her son’s case as it had dredged up old emotions for her family.

The written evidence was handed over to homicide detectives, she said. This included the names and addresses of four men.

But the men were never interviewed, she said, and her family was still hoping for closure.

In an interview with the Express last week, Maureen Hospedales said the letters were a sign that her prayers were being answered.

“After my son went missing I begged for answers. We heard all kind of rumours. We were told he was killed and several names were being called, but we had no evidence. I prayed and asked God for a sign,” she said.

In 2015, she said her sign came when she opened her front door and saw an envelope in the front yard of her Palo Seco home.

“I did not know what it was so I opened the envelope. It stated the names of four men and their aliases. The letter stated that my son was murdered by these men and his body dumped,” she said.

An emotional Maureen Hospedales said her daughter immediately contacted homicide officers, who visited their home and advised that she should not open any more letters.

“A few days later, another one came. I believe the person thought I did not receive it because rain was falling that time. This time they put it in a plastic bag and a stone inside. I did as I was told and I did not open it. I called the police and they came and collected it. Another letter came that same week and I handed it over again,” she recalled.

Maureen Hospedales said she was informed that the men were not interviewed by police.

“That really hurt because, look, we have this evidence and nothing was done. I was very disappointed,” she said.

One of the men named in the letter, she said, drowned out at sea and washed ashore at a beach in Erin some time ago.

“So I told myself, it has a God. He sees and he knows, he is seeing my pain. I will leave it up to God,” she said.

Maureen Hospedales said she missed “Choko”, her only son, and longed to know what happened the day he disappeared.

Claude Hospedales, the 38-year-old father of two, a boy and girl, lived alone in a house at Beach Road, Palo Seco.

It was a Friday evening when “Choko” got dressed and walked across to his grandmother’s home to show off his new outfit.

Maureen Hospedales recalled that she was at the house and he showed her his braided hairstyle and hugged and kissed her before walking out to the junction.

“He say ‘mammy, you like my outfit? How my hair looking?’ I said ‘boy, you looking like a yankee’. He kissed and hugged me tight, then he walked away. I watched him. He turned around, looked at me and shook his head. I smiled and went back to talking to my mother,” she said.

Choko was a popular DJ in the community and was hired to play music at a bar in the area.

Maureen Hospedales said her daughter was the last person to have seen “Choko” alive.

“She picked him up after he was finished and he asked to drop off by the corner to hang out,” she said.

But “Choko” did not return home and on Sunday his mother knew something had gone wrong.

“I told my daughter to go and make a report. Then immediately we started hearing rumours that there was an altercation at the bar and then they followed him. We hear all kind of thing that they throw him where we could never find him and the people always killing and will never be arrested,” she said.

From then on, Maureen Hospedales said, her family would check out every rumour and travel to unknown areas in Trinidad searching for her missing child.

“It was painful. We heard a body was on the beach, we went there. If they find remains anywhere we would go and check it out. We never stopped,” she said.

Police even pursued information that “Choko” was murdered and his body discarded in a pond at Alexander Settlement, Santa Flora. The pond was located at the end of the oilfield road which leads into the forest.

The pond was drained and following the three-day exercise nothing was found except pieces of clothing.

Nothing matched the three-quarter pants and khaki shirt “Choko” was wearing when he vanished.

Then, the letters came and Maureen Hospedales was convinced that the crime had been solved. Finally, she would know what happened to her first-born.

“But that did not happen. The police failed this mother. I have no peace, no closure. I did not get to bury my child. I have to continue my life not knowing,” she cried.

The family made a televised appeal for anyone with information to contact the police.

A man, claiming to be an eyewitness, visited the Homicide Division and gave a statement to investigators. He claimed that Choko was involved in an altercation over a parcel of land. But the person identified was not detained for questioning.

The Express attempted to contact the investigating officers but was told that they were transferred out of the division.

Two more Covid-19 deaths have been recorded, bringing the death toll from the virus in Trinidad and Tobago to 74.

The Ministry of Health reported the deaths in its morning update yesterday.

The patients were both elderly men with co-morbidities.

Close to 600 employees at Caribbean Airlines (CAL) in Trinidad and Tobago and Jamaica will be temporarily laid off for three months.

The measure takes effect from October 15.

For staff members who continue to work, there will be salary reductions for eight months—from October 15 to June 15, 2021.

It’s the immediate impact of the airline’s move to cuts costs.

Health Minister Terrence Deyalsingh has been severely criticised for “trying to blame” the non-functioning of the CT scanners at Port of Spain General Hospital and Eric Williams Medical Sciences Complex on Covid-19 factors.

“The minister’s attempt to blame this on Covid-19 is a poor excuse and an attempt to hide mismanagement and incompetence,” Fyzabad MP Lackram Bodoe said in a statement yesterday.

Gary off to Ireland

Police Commissioner Gary Griffith will be vacationing in Ireland for one month but intends to keep close to the ongoing investigations surrounding Drugs Sou Sou TT (DSS).

This will be the first time Griffith is taking a month-long vacation since being appointed top cop in August 2018. He will join his wife Nicole and son in Ireland.

IN presenting a virtual Carnival, Trinidad and Tobago has to find a way to monetise all online productions.

So said music producer Kenny Phillips yesterday, following the announcement of a likely cancellation of Carnival 2021 due to the Covid-19 pandemic.