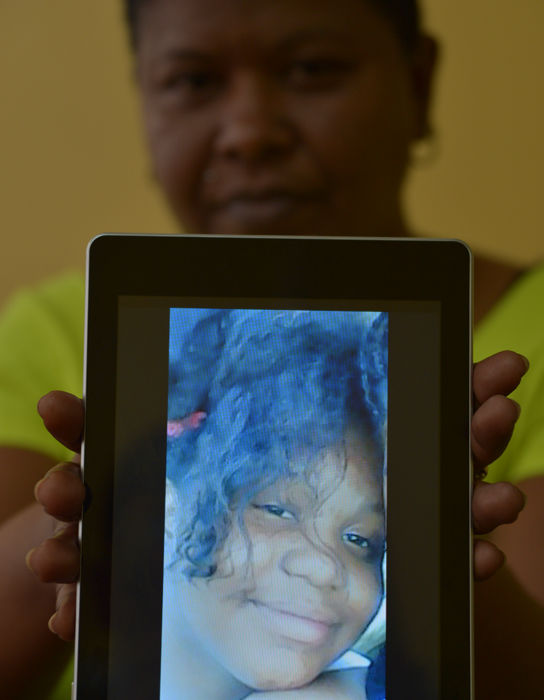 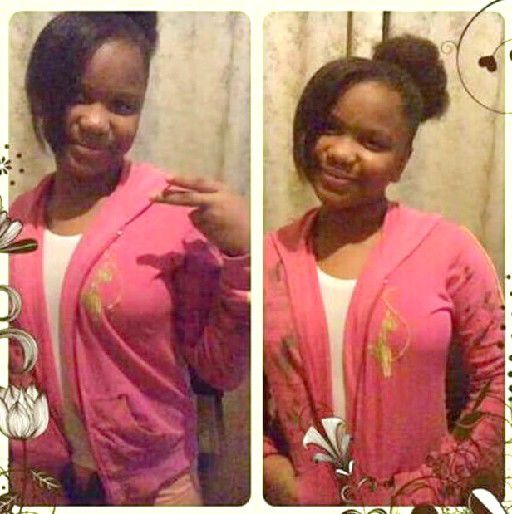 PEARL NARINE threw away her Christmas tree this year.

Five years ago was the last time the decorated tree brought any cheer and light into their home when her daughter Jade Peters, then 12 years old, stood next to it and posed for a photograph.

That beautiful memory Narine has of her ‘baby’ daughter has since been stained with tears as the child walked out of the family’s home on December 26, 2014, and disappeared.

Jade left her home that Boxing Day around 10 p.m. telling her family that she was going to a nearby shop, but is believed to have entered a vehicle and was never seen again.

Every year, Narine, her husband Wayne Peters, and their three other daughters pray for a Christmas miracle — that Jade would return to their lives and restore happiness to their home.

“Boxing Day is usually the toughest time of the year for us. Her sisters are taking it on. One of her older sisters is always putting on Facebook that she does not know when she will see her sister again. I got a heart attack last year in my sleep and had to stop working because I cannot do anything strenuous. This year will be another sad Christmas for us. I never stopped thinking about Jade. She is always on my mind,” said Peters.

Narine had said the night her daughter left she received a phone call from a man whom she knows, then she told her sister that she was going to purchase a phone card.

Her sister told her not to leave the house, but she sneaked out.

Peters had previously suspected that his daughter was taken to another country and was a victim of human trafficking.

‘One day we will see her’

The mother said, about five months before, a 32-year-old man had told a member of the family that he liked her daughter, but her husband told him to stay away from her and leave her alone.

Peters told the Express on Monday that he wants to speak to Police Commissioner Gary Griffith about new information that reached the family recently.

Peters’ wife said a relative told them that they heard that a young woman who gave her name as Jade Peters went to search for a job at a security firm in Port of Spain about three months ago.

“The person gave the address as Dow Village, California, which is where we live. The place of employment tried calling the number on the application and no one answered the number. People have given us all kinds of stories about her and we don’t know what to believe,” said the mother.

She said she did not get a description of what the young woman looked like, but if she or her husband saw her, they would know if it was Jade or not.

“We will still know her. She left when she was 12 and we never forgot anything about her”, said Narine.

“We do not believe that she is dead. My husband and I live on the hope that we will see her again. She will turn 18 in March next year and we have hope that will come back home to us. We think about her every day. We hope that she is keeping safe and she is good. We always pray for her,” said the grieving mother.

Peters said the family was told that the police case file that was in the hands of the Anti-Kidnapping Unit was handed over to the Cold Case Unit of the Homicide Bureau.

“The police never came back to us and told us what is the official status of the case. We just heard these things through other officers. But we are not giving up even if the police gave up”,”said Peters.

The mother said: “I had kept the Christmas tree in a bag for four years. We do not have any zeal to put it up again. This year I decided to throw it away. Maybe we will put it up again when Jade comes back.”

“My other daughters have grown up. One of her older sisters had a son who is four years old now. That is my first grandchild and Jade never met him. My other daughter does not talk how she used to, she keeps to herself.”

Jade’s school uniform from the Union/Claxton Bay Secondary School, where she was a Form Two pupil, still hangs in the closet.

Her bed is made up, awaiting the day she will return.

“We always hope that she will come back. One day we will see her,” said Narine.

THE Carnival may very well be over before it has even started.

He was part of the sanctioned search party

A horrible tragedy: How Sheranne died

A MAN who was stabbed during a robbery at Caroni on Friday has died at hospital.