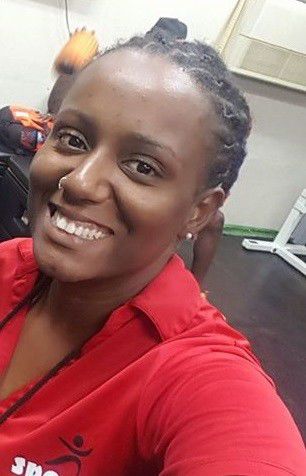 After joy is sorrow. This was the reality for the athletes selected to represent Trinidad and Tobago at the 2020 Carifta Games in Bermuda.

On Wednesday, March 11, the National Association of Athletics Administrations (NAAATT) named a T&T team of 50 for the regional junior championships. But less than 48 hours later, the North American, Central American and Caribbean Athletic Association (NACAC) announced postponement of the meet because of concerns over COVID-19. Carifta 2020 had been scheduled for April 10-13.

Memphis Pioneers and T&T Carifta team coach Antonia Burton told the Express that the NACAC decision was a bitter pill to swallow.

“With regards to the Memphis athletes who qualified for the Carifta Games, it has been a blow. Especially to those who would have qualified for the first time. Within one week, they experienced two very polarising emotions: elation, followed by disappointment upon hearing news of the postponement.”

Quartermiler Rae-Anne Serville is among the Memphis athletes who earned selection on the Carifta team. The talented teen recently accepted a scholarship offer from University of Southern California (USC). For some of the other athletes chosen for the Bermuda trip, the 2020 Games represented an opportunity to impress American university scouts.

“With regards to the juniors in their final year,” said Burton, “it makes any scholarship opportunity a bit more difficult to come by. And it isn’t just the fact Carifta is postponed. We are also seeing a number of local meets being cancelled.

“Athletes typically would not perform at their best in January or February,” the coach explained, “and that’s what they now have to depend on when providing 2020 times to recruiting officials at universities. Providing they had a good 2019, that may provide somewhat of a cushion when speaking to coaches in terms of their potential and athletic abilities.”

Athletes have been unable to stick to training schedules because of restrictions on the use of the Hasely Crawford Stadium and other track and field facilities amid COVID-19 fears. Burton, though, has been making every effort to facilitate her young charges.

“Memphis Pioneers athletes have been receiving programmes to do on their own. I know of one club in south whose coach has been in contact with me, and he has also put things in place for his athletes to train.

“The challenges are there to remain fit,” she continued. “As coaches, we are now forced to be a bit more creative as some of these athletes will be training by themselves, with a parent supervising, on a community ground near their homes. We have also postponed gym workouts for obvious reasons.”

Burton will continue to prepare her Carifta athletes as best as possible in the circumstances. She is not hopeful, however, that the 2020 edition of the Games will actually be staged.

“I think it will be extremely hard to find a new date for the Carifta Games to be held. In a press briefing, our Prime Minister (Dr Keith Rowley) stated some scientists have given him a timeline of 4-18 months before normalcy returns. How does an organising committee plan with such a huge window?”

The 2020 Carifta Games will not be staged on Easter weekend. The meet was scheduled for April 10-13 in Bermuda, but has been postponed because of concerns over the coronavirus.

The search is on for a Trinidad and Tobago Red Force head coach.

This after the Trinidad and Tobago Cricket Board (TTCB) officially began advertising for the post on Thursday with a facebook post on the Red Force Cricket page as well as a vacancy notice on the TTCB website.

Cricket West Indies (CWI) and the England and Wales Cricket Board (ECB) have agreed to cancel the planned West Indies Under-19 tour of England, scheduled for August and September 2020, due to scheduling clashes.

The Goodwill Swimming Championships has been postponed until 2021.

On Thursday night, the Amateur Swimming Association of Trinidad and Tobago (ASATT) executive advised its council delegates of their decision to delay the hosting of the regional competition, originally scheduled to splash off August 17-19 this year, due to the global COVID-19 pandemic.

Trinidad and Tobago’s elite cricketers are taking the stay-at-home order very seriously. But staying indoors doesn’t mean they are off the clock.

Jehue Gordon is eyeing a third Olympic Games. In recent years, the Maraval athlete was based in the United States, but returned to Trinidad and Tobago last year, reuniting with Dr Ian Hypolite, the man who coached him to the men’s 400 metres hurdles world title back in 2013.