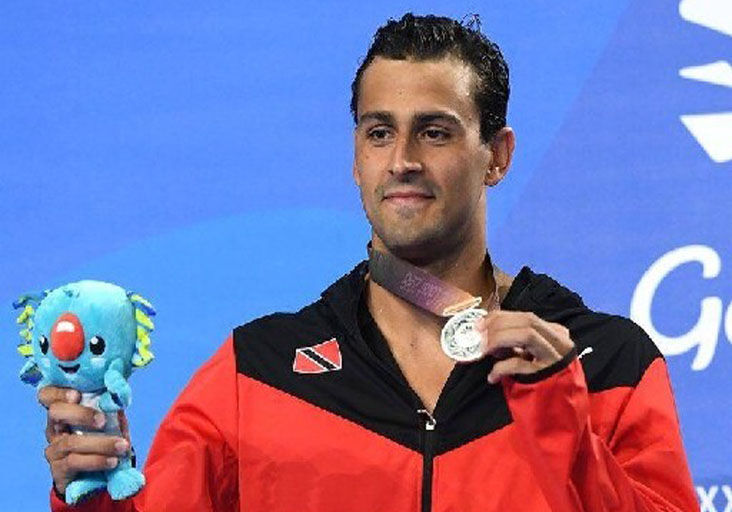 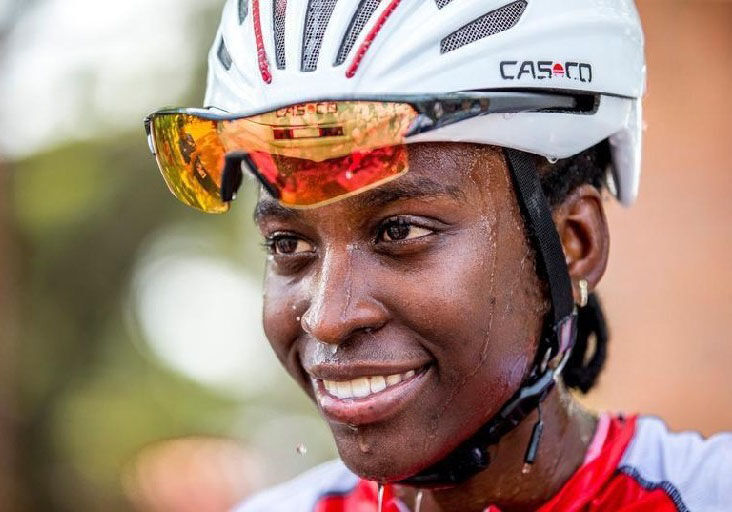 The First Citizens Sports Foundation will broadcast its Annual Sports Awards show on Sunday, March 28 on TV6 and CNC3.

The Foundation, headed by Chairman Dr Terry Ali and aided by sporting associations—through the nomination of athletes—has worked through an exhaustive and thorough process in deciding on the various winners.

Today, we feature the 34 Senior nominees in the hunt for the 2020 Sportsman and Sportswoman of the Year awards.

Deon Lendore exhibited outstanding form during the indoor season, which was highlighted by his victory in the 300 metres at the Texas A&M Invite meeting. He clocked a personal best 33.21 seconds. At the Back 2 the Track Series II outdoor meet on July 30, the T&T track star clinched the 400 metres race in 45.65.

Texas A&M University student Tyra Gittens broke her own Trinidad and Tobago national record in winning the pentathlon at the Charlie Thomas Invitational indoor meet, accumulating a score of 4,276 points. Gittens proceeded to top this performance with a mark of 4,391 in winning at the SEC Indoor Championships.

At the Independence Cup tournament in the Dominican Republic in February, Nigel Paul successfully defended his over-91 kg title.

In the women’s competition of the NBFTT National Invitational Championships, Police player Kielle Connelly earned the Most Valuable Player award after averaging 27.4 points per game and scoring a total of 137 points for the tournament.

Alan-Safar Ramoutar helped America to third-place in the Inter-Continental Online Youth Team Chess Cup. He was also in sharp form during the FIDE Online Chess Olympiad, achieving 3.5 out of a possible five points.

Fourteen-year old Zara La Fleur made a contribution to Trinidad and Tobago’s cause in the FIDE Online Chess Olympiad, scoring 3 out of 4 points while helping the team to fourth-place in its division, behind Nicaragua, Honduras and Jamaica. La Fleur later represented the third-placed America team at the Inter-Continental Online Youth Team Chess Cup.

Joshua Da Silva has demonstrated immense potential with both the gloves and the bat: on his full test debut against New Zealand at Wellington, last December, the 22-year old scored 57 in his second innings and snared two catches during his time behind the stumps. He had earlier impressed for Trinidad and Tobago during the West Indies Championship as he scored a total of 507 runs, at an average of 50.70, with a top score of 113 not out against Jamaica. He took 15 catches in the competition.

Nicholas Paul’s unrelenting quest to qualify for his first Olympic Games was realised at the UCI World Track Championships in Berlin, Germany in February 2020. A clocking of 9.556 seconds was the sixth-fastest time in the qualifying round (Flying 200 metres) and earned him a showdown with Chinese Taipei’s Nien Hsing Hsieh, which Paul won to qualify for the final sixteen (16). Paul ended the event in tenth-place overall.

Teniel Campbell finished third in the Vuelta a la Comunitat Valenciana Feminas, in Spain. She followed up with a fifth-place performance in the Omloop van het Hageland, in Belgium. At the UCI Road World Championships, in Italy, Campbell was 47th in the women’s road race and 36th in the time trial. In October, Campbell signed with the Mitchelton-Scott/Team BikeExchange.

Michelle Sabga-Aboud became the first local rider to complete the Advanced Intermediate Dressage 1 Test on a competitive level during the 2020 TTEA Dressage League 2 tournament in St Ann’s and Santa Cruz with her horse Biscoito.

The 2020 Major League Soccer (MLS) season may have been Kevin Molino’s most impactful in the league yet. The attacking midfielder bagged 13 goals in 21 games as he guided Minnesota United FC to second spot in the Western Conference.

Kennya Cordner managed to retain the award as IL Sandviken’s top-scorer with six goals in her 13 appearances in Norway’s Toppserien Women’s League. Her performance helped Sandviken to a fourth-place finish.

Stephen Ames finished second at the Morocco Champions event. He shot a 14-under par total of 202 in the three-round tournament to finish behind the USA’s Brett Quigley (-15, 201).

Brian Boodramsingh won 35 races from 96 starts. His wins included the T&T Breeders Cup aboard Bella Riva and the Gold Cup aboard Making Headlines.

Gabriella Wood’s quest to become the first female judoka to represent Trinidad and Tobago at the Olympic Games took her to France, Germany and Argentina. At the Pan American Open in Bariloche, Argentina, Wood earned silver in the women’s over-78 kg division.

Andrew Lewis secured his third consecutive entry to the Olympic Games thanks to a fourth-place overall finish in the laser class at the Hempel World Series Cup event in Miami, Florida.

Kelly-Ann Arrindell’s hunt for an Olympic Games debut took her to Miami, Florida for the Hempel World Series Cup. She finished 15th in the women’s laser radial section.

Thomas Nicholas won the ‘A’ Class Division crown at both the Clash of the Titans Handgun Championships and the Iron & Steel Handgun Champs. He was also successful at the 25 metres centre-fire (9 mm) pistol national championships.

Joanna Baptiste captured the Ladies Division title at both the Clash of the Titans Handgun Championships and the Iron & Steel Handgun tournament.

Colin Ramasra claimed silver at the Portugal Masters Oporto Grand Prix tournament in the 35-39 division. He earned a European Squash Federation men’s over-35 No.1 ranking.

Marie-Claire Barcant did her nation proud while competing for University College Dublin in the Republic of Ireland. She won four out of her five games for the season including a 3-0 win over Australian David Connelly of Old Belvedere.

Dylan Carter was part of the Los Angeles Current team that competed in a series of ten short-course swimming meets in Hungary that comprised the International Swimming League (ISL). Along the way to helping the Current to an eventual fourth-place finish in the final, Carter captured two gold medals, two silver and a bronze. He also established three Trinidad and Tobago records —100 metres freestyle, 100 butterfly and 100 backstroke.

Cherelle Thompson earned qualification for the Olympic Games. Thompson surpassed the ‘B’ qualifying mark of 25.51 seconds in the women’s 50 metres freestyle, clocking a national record 25.39 in Knoxville, Tennessee.

Rheann Chung won the Elite ‘B’ women’s singles crown at the end of the Criterium Federal National 1 tournament in Agen, France. This success promoted Chung to the Elite ‘A’ category and advanced her to the French Championships.

At the East Clubs Classified Tournament, Nabeel Mohammed captured the men’s Division ‘A’ title for the second time thanks to a 6-2, 6-2 victory over Dexter Mahase. Mohammed followed up this performance by winning the St James Club men’s singles title.

Just 14 at the time, Ella Carrington made a loud statement at the senior level at the 2020 St. James Club Tournament, capturing the women’s singles title.

Marc-Anthony Honore played a key role as his Portuguese team, SL Benfica raced to a 24-0 record in the Honda League A1 and captured the Portuguese Super Cup for the ninth time in ten years.

Sinead Jack helped Denso Airybees to the regular season Premier Conference title in the Japanese Women’s V League 1. Jack earned recognition as the Best Spiker of the regular round with a 52.9% success rate.

Trinidad and Tobago Red Force fast bowlers Anderson Phillip and Jayden Seales will again be in the mix when the West Indies begin their preparation for the Test series against South Africa with a training camp in St Lucia, starting ­today.

TEAM TTO standout swimmer Dylan Carter was eighth in the Men’s A final of the 100 metres butterfly Friday night and was set to swim the final of the Men’s 100m backstroke last evening as the fourth and final stop of the 2021 TYR Pro Swim Series at IU Natatorium, Indianapolis, Indiana wound down.

Former Trinidad and Tobago internationals Stern John, Brent Sancho and Ian Cox have been able to unearth a couple of good England-born players to help boost the Anguillan national team.

Nadal vs Djokovic in Rome

Maybe the new generation of tennis players isn’t quite so ready to end the eras of Novak Djokovic and Rafael Nadal.

Titles for Stefanos Tsitsipas and Alexander Zverev in the Monte Carlo Masters and Madrid Open, respectively, raised speculation again that the Big Three — including 39-year-old Roger Federer — was expiring.

Well, again, not yet.

The normalisation committee’s (NC) four-prong mandate/task given by FIFA approximately one year ago is no easy assignment.

Save for those in the closed circuitry of the NC, no one really knows the phone call conversations between officials of FIFA and the NC or who might be silent contributors.