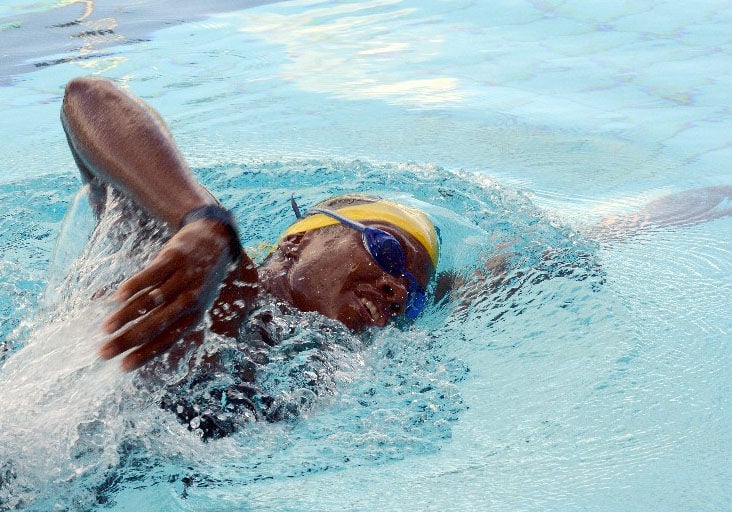 ON THE GO: Swimmer Cherelle Thompson gets into stride during a training session at the National Aquatic Centre (NAC) in Balmain, Couva, yesterday. —Photos: ROBERT TAYLOR 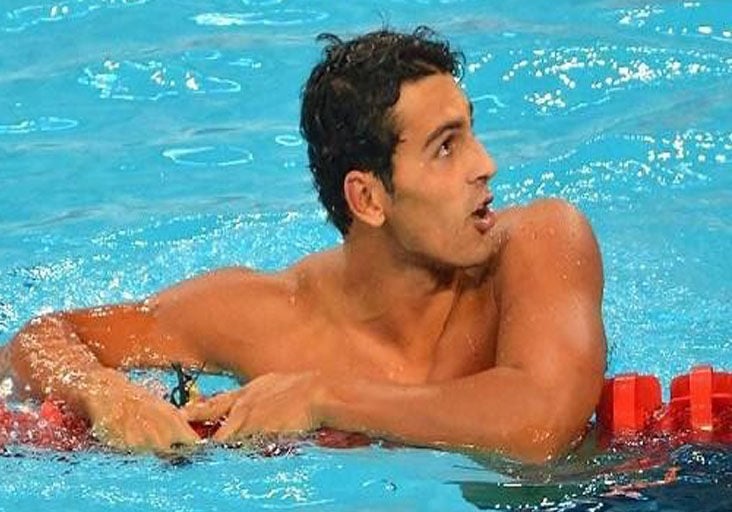 ON THE GO: Swimmer Cherelle Thompson gets into stride during a training session at the National Aquatic Centre (NAC) in Balmain, Couva, yesterday. —Photos: ROBERT TAYLOR

The Amateur Swimming Association of Trinidad and Tobago (ASATT) hosts its Long Course (LC 50m course) Time Trials on that day while ASATT will also stage a Short Course (SC 25m course) Time Trials for age-groupers, two days prior, both events to be held at the National Aquatic Centre (NAC) in Balmain, Couva.

They are the first pair of aquatic meets to be hosted locally since the Covid-19 pandemic back in mid-March forced the stoppage of sport.

Carter, 24, achieved the Olympic A standard for the Men’s 100m freestyle at the 2019 FINA World Aquatics Championship in Gwangju, South Korea.

The 27-year-old Thompson achieved an Olympic B standard in the women’s 100m free, at the TYR Pro Swim Series in Knoxville, Tennessee, last January.

The LC Time Trial is open to swimmers, looking to achieve qualifying times to the re-scheduled Tokyo 2020 Olympic Games (next July) or for the younger swimmers seeking qualification criteria for the 2020 Pan American Juniors scheduled for Colombia, also in July.

He also achieved his highest individual placing, with his second in the 100m backstroke behind defending Olympic champion Ryan Murphy in the 10th and final match of the ISL season last month. Carter has joined Thompson at the NAC where they are scheduled to train Mondays, Wednesdays and Fridays.

The ASATT is currently completing their calendar of events for 2021, a document that will have to be approved and ratified at a subsequent Council meeting, the last of which was held in July.

Michelle-Lee Ahye and Kelly-Ann Baptiste bolt into action tonight, Trinidad and Tobago time, at the Olympic Stadium here in Tokyo, Japan. The T&T sprinters will be on show in round one of the Tokyo 2020 Women’s 100 metres dash.

Katie Ledecky got her first gold medal of these Olympics, while Simone Biles pulled out of another event she came into the Games favoured to win.