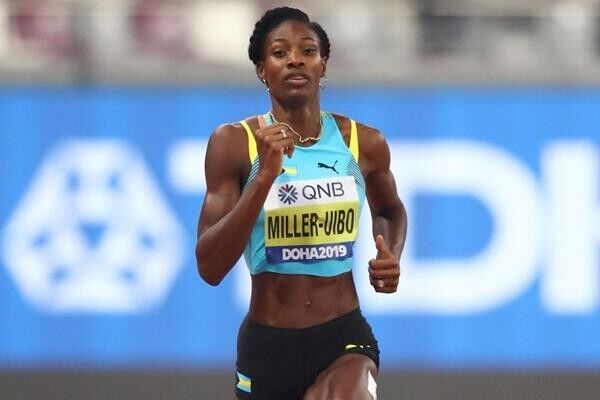 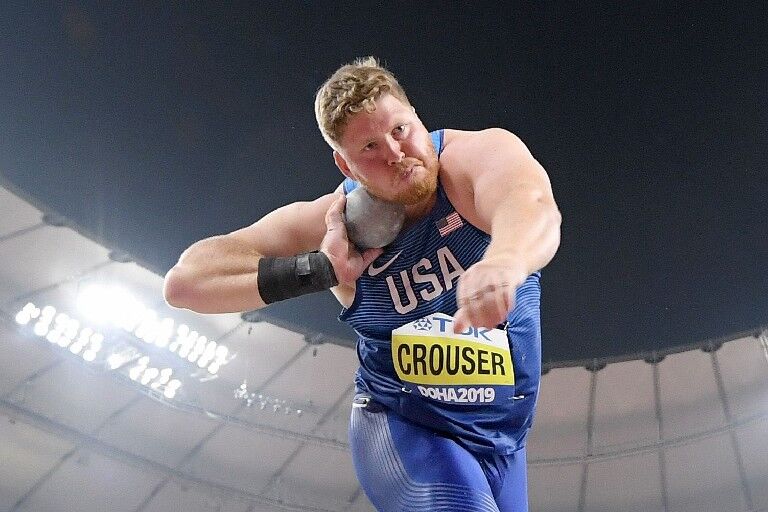 When the 2021 indoor athletics season concluded in early March, three new men’s world records had been set. These included two of the oldest records on the books, both of which were eclipsed by athletes from the North American, Central American and Caribbean (NACAC) region.

Specifically, American Ryan Crouser put down an all-time performance in the men’s shot put, going 22.82 metres on 24 January, at the American Track League in Fayetteville, Arkansas. That bettered the 1989 mark of 22.66m from Randy Barnes. Meanwhile, another American, Grant Holloway ran 7.29 seconds for the 60-metre hurdles on 24 February at the World Athletics Indoor Tour in Gallur, Madrid. That surpassed Colin Jackson’s 7.30, set in 1994.

The NACAC Sports Journalists Working Group was left with the daunting task of picking one of these two men as the most outstanding male athlete of the 2021 indoor season. Eventually, Crouser’s erasure of a 32-year-old mark got him the nod.

Reigning Olympic 400m champion Shaunae Miller-Uibo was chosen as NACAC’s most outstanding female athlete. The Bahamian ended the indoor season as the world leader in the 400 with a national record run of 50.21 seconds. Miller-Uibo was also impressive in the 200, earning second spot on the global list with a 22.40 clocking—also a Bahamas record.

Crouser, the reigning Olympic shot put champion and Olympic record holder, was on fire on January 24--a season opener for him. He threw 22.70 metres in the fourth round for a remarkably consistent series, having added 16 centimetres to the old record on his opening effort. His result score for that meet was 1290 points, edging Holloway’s 1277 from that magical night in Gallur.

This was the culmination of a mission for Crouser. He now owns four of the top five indoor marks ever, dating back to the 2020 season. It’s also a distance he’s achieved outdoors, so he knew he had it in him. But Crouser viewed that familiarity and the knowledge of his ability as challenges.

“I feel like I’d put so much pressure on myself to do it, most of all because I knew that it was possible. And so my whole goal going into that meet was just stay loose and relaxed and let the big throws happen. And I felt like I did that really well on the first one, and it felt almost like a weight was lifted, just because it’s been something I’ve been wanting to get for such a long time. And then, especially when you know it’s possible, it’s kind of different.

With the massive achievement by the big American, there are now only two men’s world indoor records standing from the 1980s, coincidentally both held by NACAC athletes—Javier Sotomayor in high jump (1989) and Carl Lewis in long jump (1984).

Of the 14 standard individual men’s events indoors, half of them have world records held by NACAC competitors. The shot put is the only throw contested indoors at the international level. The newly minted NACAC men’s indoor athlete of the year 2021 opines, then, that this award belongs not just to him, but to his event as a whole.

“Yeah that’s a huge honour for me, not only personally but also for the throws. Great to see representation for the field events as well. So it’s an honour for me just to have the privilege to be able to compete and perform at my best, and I was lucky to have that world record and to be recognised for it.

“I appreciate that, and also the recognition that there’s—because sometimes in track it tends to be track dominant—so honoured to be recognised as a thrower and as a field event athlete.

“[Grant] had a phenomenal indoor, so that almost makes it mean even more to me to win it, when it was not really just a cut and dried decision. So, to be recognised alongside with him and to be lucky enough to be given the award, it means even more because, Grant, he’s a great athlete, a great competitor, and he’s a friend of mine, and just a really, really stand-up guy.

For his part, Crouser is looking forward to defending his Olympic title at Tokyo 2020. He says he is “really happy” with the progress he has made since the indoor season. Most of all, he is excited for the opportunity to compete at this level.

One of Crouser’s goals, he admits, is to become just the third man—along with Barnes and Ulf Timmermann—to go over 23 metres in outdoor shot put. Crouser’s all-time best of 22.91 is tied for fourth in the history of the event, and he has more 22-metre throws than anyone.

Trinidad and Tobago Red Force fast bowlers Anderson Phillip and Jayden Seales will again be in the mix when the West Indies begin their preparation for the Test series against South Africa with a training camp in St Lucia, starting ­today.

TEAM TTO standout swimmer Dylan Carter was eighth in the Men’s A final of the 100 metres butterfly Friday night and was set to swim the final of the Men’s 100m backstroke last evening as the fourth and final stop of the 2021 TYR Pro Swim Series at IU Natatorium, Indianapolis, Indiana wound down.

Former Trinidad and Tobago internationals Stern John, Brent Sancho and Ian Cox have been able to unearth a couple of good England-born players to help boost the Anguillan national team.

Nadal vs Djokovic in Rome

Maybe the new generation of tennis players isn’t quite so ready to end the eras of Novak Djokovic and Rafael Nadal.

Titles for Stefanos Tsitsipas and Alexander Zverev in the Monte Carlo Masters and Madrid Open, respectively, raised speculation again that the Big Three — including 39-year-old Roger Federer — was expiring.

Well, again, not yet.

The normalisation committee’s (NC) four-prong mandate/task given by FIFA approximately one year ago is no easy assignment.

Save for those in the closed circuitry of the NC, no one really knows the phone call conversations between officials of FIFA and the NC or who might be silent contributors.

Cricket West Indies (CWI) lead selector Roger Harper, speaking on the Mason and Guest podcast recently, defended the decision to award Darren Bravo a retainer contract saying the left-hander from Trinidad and Tobago “met the requirement” while those who missed on contracts didn’t.