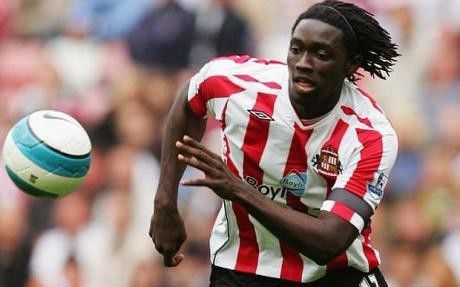 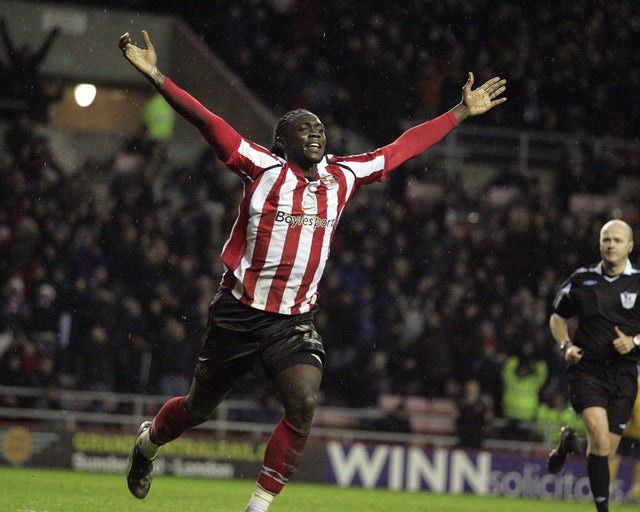 Any professional who played under Roy Keane has a story — or several — to tell, and Kenwyne Jones is no different.

Keane signed the striker in 2007 and, by Jones’ own admission, brought out the best in him after guiding Sunderland back to the Premier League — only to resign four months into his second top-flight campaign.

He was open, honest and at times brutal — but Jones flourished under his authoritarian leadership.

“He was brilliant for me,” said Jones, speaking to the Sunderland Echo. “It all depends on your temperament and what you take seriously.

“At that point, I was pretty young. I respected him 100 per cent but I didn’t have the fear and emotional vulnerability that other people would have towards him.

“He worked pretty well with me and I think we had an open enough relationship where we could talk and say anything, and he got the best out of me.

“He wouldn’t say anything different to me than he would to different players but it was just how I reacted. I didn’t get down or displeased by the things he said.”

Not everyone was so welcoming of Keane’s “feedback”, though.

“Other times, I saw him go off at players for not giving their best, and you could see the players literally crumble.

“Some players are different, they’re looking for the arm around the shoulder and what not.”

Jones is able to reel off anecdote after anecdote from Keane’s time on Wearside, as the former Manchester United midfielder looked to stabilise Sunderland in the Premier League.

And one particularly prevalent memory is from a cold, November afternoon at Ewood Park.

A dire first-half performance against Blackburn Rovers — just days after a League Cup defeat against the opposition — brought out Keane’s ruthless streak.

Questions were asked, particularly of Jones and strike partner Djibril Cisse after a turgid performance.

It was an explosive team-talk, and one which the Trinidad and Tobago international can still vividly recall — for all the right reasons.

“At half-time we were down 1-0 and in the dressing room, typical manager, he would come out and say some things.

“But when we went back out, I scored and we won the game 2-1. After the match he was in his corner of the dressing room and I was in mine, and he just had a little look at me and then chuckled. He knew the things that he said had made me go out and prove him wrong.

“In that moment, you could tell he was thinking ‘yeah, I got something out of him that changed things for the team’. That was a good moment.”

Another abiding memory for Jones — and indeed, all on Wearside — was the 2008 derby day triumph over Newcastle United.

It was the striker’s first taste of a Wear-Tyne derby, and the afternoon took on a great personal significance as Jones returned from a long-term injury.

So while others remember Kieran Richardson’s stunning winner, Jones’ recollections of the day centre around something far simpler — being able to play football again.

“I came off the bench after being injured for six or seven months with a cruciate injury.

“I was just eager to get back out, and to try and feel as normal as possible. When you’re going through a rehabilitation process like that, you’re separated from everyone. You’re trying to regain your fitness and I was anxious, a bit scared at the same time, as I didn’t know how I was going to hold up.

“But it was a crowning moment for us, to win the game.

“I’ve done the south coast derby, the Sheffield derby, the Welsh derby and the North East derby — and it ranks up there for the fans.

“Regardless of if you’re from England or if you’re foreign, when you’re playing a derby in the North East you get a sense for the area, the passion of the fans and what it means.

“Once you come through one of those derbies, you get a better appreciation for the club you’re playing for. There’s a sense of belonging and being a part of something big.”

But not even two months after that victory, Keane was gone.

After talks with chairman Niall Quinn, he opted to resign.

So what went wrong? Jones believes he can pinpoint one area that could have proved Keane’s undoing.

“I enjoyed his time at the club and I sincerely wish that he had an experienced second man with him.

“That, for me, was probably his undoing - not having someone more experienced in the coaching side of the game next to him.

“No disrespect to the coaches that he had, but for me - for a new manager like that when he’s taking on such a huge task — he needed someone a bit more experienced that would command his attention.

“He’s very headstrong in his ideas and his ideals, but he needed someone like that with his.

“But it was probably my best time under any manager, and I totally respect him.”

Jones is keeping safe during the current global pandemic, and is back among the Caribbean islands after calling time on his playing career.

But he always keeps an eye firmly fixed on Wearside.

“Sunderland are part of my life, they were part of my journey, so at no point in time am I going to throw that aside.

“I always stay interested and see how they do, what their next moves are and the players they’re bringing in. I’m pretty much locked in all the time.”

Former West Indies pacer Winston Davis believes strongly that West Indies have the talent to return to the pinnacle of international cricket, but adjustments in the cricketers’ mind set and the relationship between players and administrators are required for that to happen.

Even over the phone, Trinidadian Stephen Hart’s good mood after returning to training is infectious.

The HFX Wanderers FC coach spoke to CanPL.ca reporter Charlie O’Connor-Clarke after his team returned to training on Monday, and it’s clear that things are, slowly, looking up in Nova Scotia.

Kyle Greaux and Jereem “The Dream” Richards are Trinidad and Tobago teammates. The 200-metre sprinters are also rivals.

At the 2017 National Championships, Richards captured the men’s half-lap title for the first time, getting the better of Greaux in a keenly contested final. Greaux turned the tables at the 2018 Championships, grabbing the crown from Richards a couple months after “The Dream’s” golden run at the Commonwealth Games.

CWI UP AGAINST IT

Chris Dehring, former chief marketing executive with the West Indies Cricket Board, sees a bleak future for Cricket West Indies (CWI) if the revenue spread in world cricket does not change.

Former West Indies captain Darren Sammy has urged the International Cricket Council (ICC) and its member cricket boards to speak out against social injustice and racism, amid public outrage in the USA and across the globe over the death of a black man in police custody.