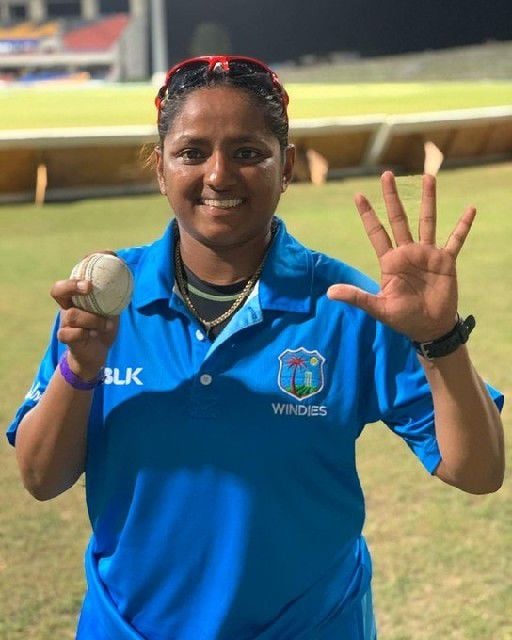 MATCH-WINNER: West Indies’ Anisa Mohammed, of Trinidad and Tobago, celebrates her five-for (5-46) that finished off India in the opening One-Day International in St John’s on Friday evening. 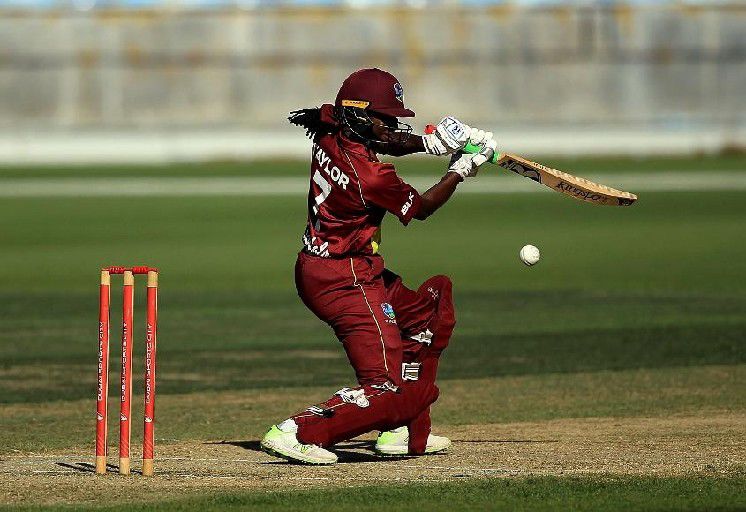 MATCH-WINNER: West Indies’ Anisa Mohammed, of Trinidad and Tobago, celebrates her five-for (5-46) that finished off India in the opening One-Day International in St John’s on Friday evening.

Novel Sports will put its name in front of the South franchise team Titans, making it the Novel Sports Southern Titans.

The tournament will commence today with a repeat of last years’ final as defending champions LCB Central Sharks meet the Novel Sports Titans from 7pm at the National Cricket Centre, while Trident Sports Phoenix will meet UDECOTT Starblazers at UWI from 7 p.m.

Among the players lining up for the various teams are West Indies players Anisa Mohammed, Stafanie Taylor, Britney Cooper, Deandra Dottin and Stacy-Ann King. They will be aiming for the first prize of $30,000.

Novel Sports agreed to support the Titans just days before the start of the tournament and the San Fernando-based sports company, known for its indoor facility, sports technology and coaching clinics, will benefit from the signings of Windies skipper Taylor and hard-hitting all-rounder Dottin.

Speaking on behalf of Novel Sports, project manager Cindy Dass said the company’s decision to get on board is hinged on its desire to empower and develop women in T&T and the region.

“Novel Sports is excited to be part of the franchise women’s cricket tournament and to work alongside the TTWCA in promoting the development of women’s cricket in the T&T and the region,” said Dass.

“We believe that a tournament as this represents more than just sport, but also the empowerment of women in leading the sport industry into the future. This will be an inspiration to all young sportswomen. Novel Sports intends to bring our training methodology in promoting the Long Term Athlete Development philosophy and our sport technologies to the Southern TITANS team.”

The Trinidad and Tobago Women’s Cricket Association (TTWCA) thanked Novel Sports for their investment in the tournament which is now in its third year.

“We want to thank Novel Sports for coming on board and sponsoring the Titans. We understand the current economic climate and so we are extremely grateful for their support. We look forward to working with them and wish their team all the best in the tournament,” said Ann Browne-John, vice-president of the TTWCA.

Browne-John also took the opportunity to thank all the other sponsors for their support of the event. The list includes title sponsor Courts Trinidad Ltd, the Ministry of Sport and Youth Affairs, the Sport and Culture Fund, the Caribbean Women Sports and Cricket West Indies.

She made special mention of LCB Contractors, Trident Sports Ltd and UDECOTT who have all stayed on for a second consecutive year with their teams.

She also noted the TTWCA’s partnership with Caribbean Women Sports (CWS) this year, which will allow them to provide more in-depth coverage of the tournament. CWS is a non-profit organisation which provides media and marketing support to women’s sports organisations.

“Caribbean Women Sports has come on board to supply photography, videography, social media updates and other media and marketing support to assist with promoting the tournament,” explained Browne-John. “It means that fans can quickly access all necessary information related to the tournament by following cwomensports on Facebook and Instagram or visiting their website at www.caribbeanwomensports.com.”

The announcement of new dates for the Olympic Games in Tokyo, Japan has been welcomed by Tri…

With most sports around the world shutting down because of the coronavirus pandemic, long-ti…

Local racing may be at a standstill but two of the organisations that keep it going will still be able to function over the next two weeks.