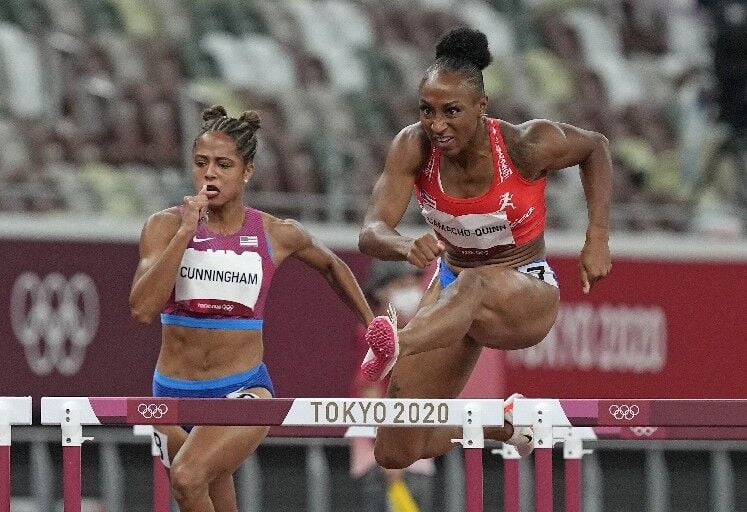 NEW OLYMPIC RECORD: Puerto Rico’s Jasmine Camacho-Quinn clears an obstacle en route to a new Olympic Games record in the Women’s 100 metres Hurdles, during her semi-final heat, yesterday, at the 2020 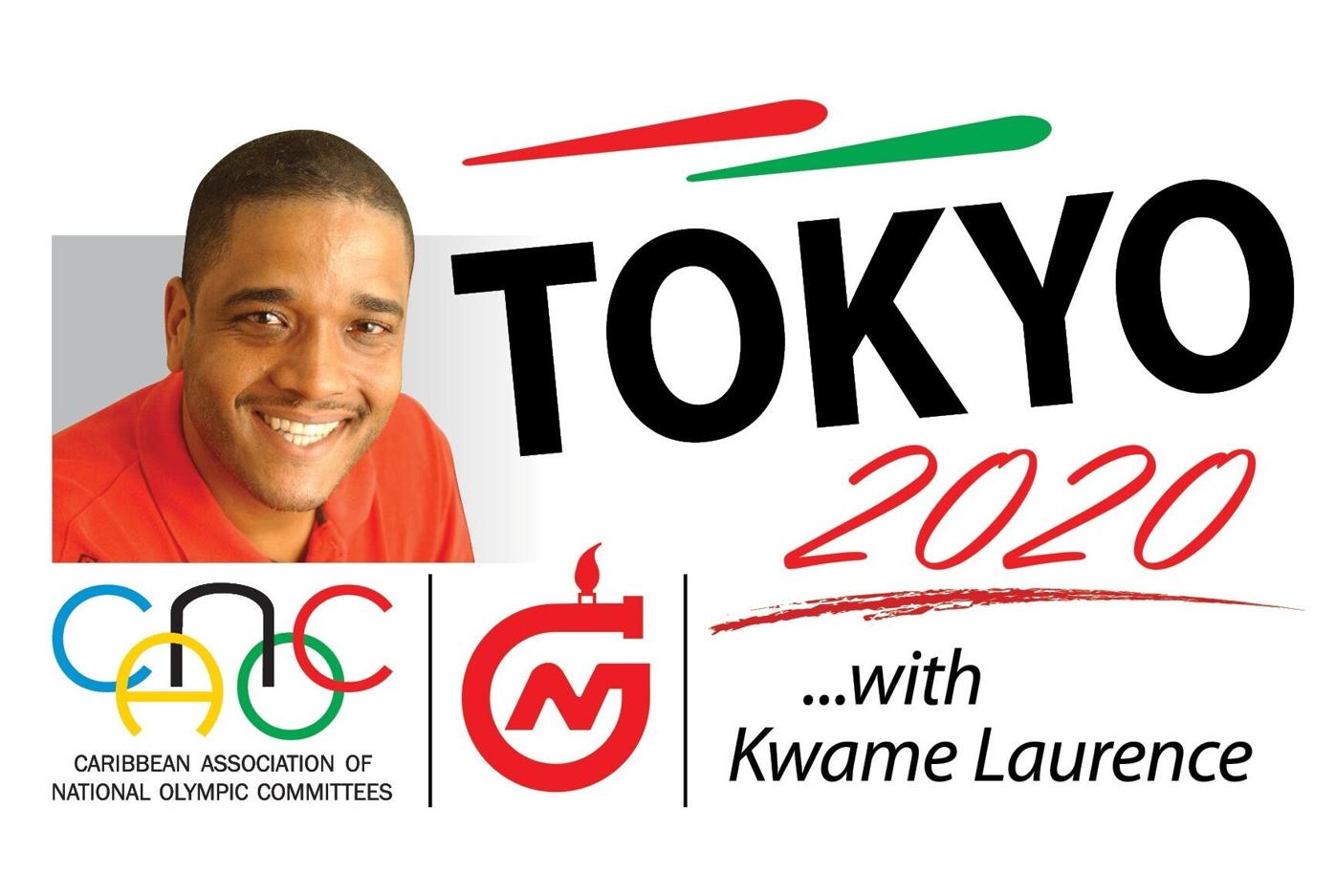 Shanieka Ricketts finished just outside the medals in the Tokyo 2020 Women’s Triple Jump, here in Japan, yesterday. Ricketts produced a 14.84 metres effort to finish fourth in a competition that featured one of the performances of the Games.

In the sixth and final round, Yulimar Rojas established a new world record, the Venezuelan disturbing the sand at 15.67 metres. Rojas was unchallenged for gold. Silver went to Portugal’s Patricia Mamona (15.01m), while bronze was bagged by Spain’s Ana Peleteiro (14.87m).

Trinidad and Tobago thrower Portious Warren finished 11th in the Women’s Shot Put with an 18.32 metres effort. China’s Gong Lijiao was golden at 20.58.

Another BVI standout, Chantel Malone competes in the Women’s Long Jump final, which starts at 9.50 tonight. After two jumps in the qualifying competition, Malone was in danger of elimination. She fouled in round one and jumped 6.44m in the second round. With just one more shot at progressing to the final, Malone struck the jackpot with a big 6.82m leap—seven centimetres better than the 6.75 automatic qualifying mark.

“I’m excited and happy to be going into the finals with a 6.82, especially as I had to take some time off ahead of the Games to work on recovering from an injury that I sustained at a meet at the beginning of July.

“Jumping an 82,” Malone continued, “was the reassurance I needed and is a testament to my growth as an athlete. The old me would have folded after the first two bad jumps, but today, I reminded myself that it only takes one and to execute it.”

T&T’s Tyra Gittens will also be on show in the long jump final. Gittens jumped 6.72m—short of the automatic mark, but good enough to finish ninth overall. The top 12 women advanced. Malone was fifth best in qualifying with her 6.82 leap. Jamaicans Chanice Porter and Tissanna Hickling were 24th and 25th, respectively. Porter jumped 6.22m and Hickling 6.19.

In the third semi-final heat, Camacho-Quinn clocked a jaw-dropping 12.26 seconds -- a new Olympic record -- to confirm her status as favourite. Tapper was a distant second in 12.62. Anderson won heat two in 12.40 seconds. Haiti’s Mulern Jean and Bahamian Pedrya Seymour were seventh and eighth, respectively, and did not advance. They both clocked 13.09.

Charlton got to the line in 12.66 seconds to finish second in the opening heat, behind Nigerian Tobi Amussan (12.62). Jamaican Yanique Thompson was a non-finisher.

Jamaicans Yohan Blake and Oblique Seville and St Kitts and Nevis sprinter Jason Rogers were all eliminated at the semifinal stage of the Men’s 100m dash. Blake finished sixth in heat one in 10.14 seconds, Seville was fourth in heat two in 10.09, and Rogers clocked 10.12 for sixth spot in the third and final semi-final race.

“My goal was to make it to the final,” said Rogers. “That didn’t happen. My next goal was to always do better each round. I accomplished that today, so I’m happy with that.”

Gardiner and Lendore finished one-two in heat five. Gardiner stopped the clock at 45.05 seconds. Lendore completed his lap of the track in 45.14. Jamaican Nathon Allen was fourth in 46.12, and did not qualify for the semis. And in the sixth and final first round heat, Cedenio grabbed third spot in 45.56 seconds.

The 400s were run in scorching conditions, the summer sun beating down mercilessly on the athletes. “I felt good going around,” said Gardiner, “even though its super-hot outside.”

While conditions will be cooler for the semi-final round, the reigning world champion is expecting the pace to be hot. “The semi is always the hardest round. You have to give all in the semi.”

Roberts: No place for Gayle

Legendary fast bowler Sir Andy Roberts believes selectors have erred by including out-of-form Chris Gayle in the Twenty20 World Cup squad and says the veteran left-hander should have quit international cricket two years ago instead.

The love affair between Jamaal Shabazz and Guyanese football was rekindled when the Trinidadian was yesterday named head coach of the Guyanese men’s football team. Shabazz signed a four-year contract which will expire in 2026.

The usually unflappable, quiet and reserved Mikel Arteta opened up this week and revealed the enormous pressure he has been under due to Arsenal’s dreadful start to the season.