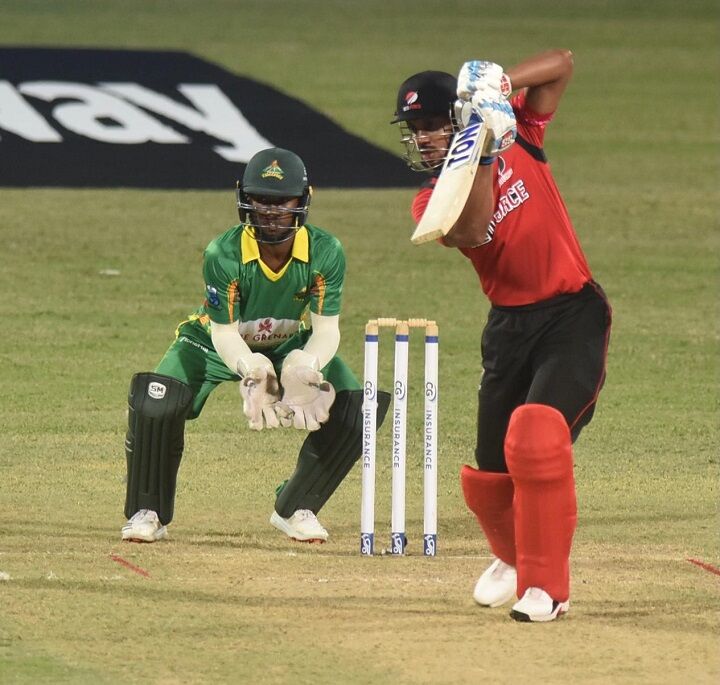 Trinidad and Tobago's Red Force opener Lendl Simmons executes a drive en-route to scoring 102 in his team's four-wicket win against the Windward Islands Volcanoes in the CG Insurance Super50 Cup at the Coolidge Cricket Ground in Antigua, on Saturday. 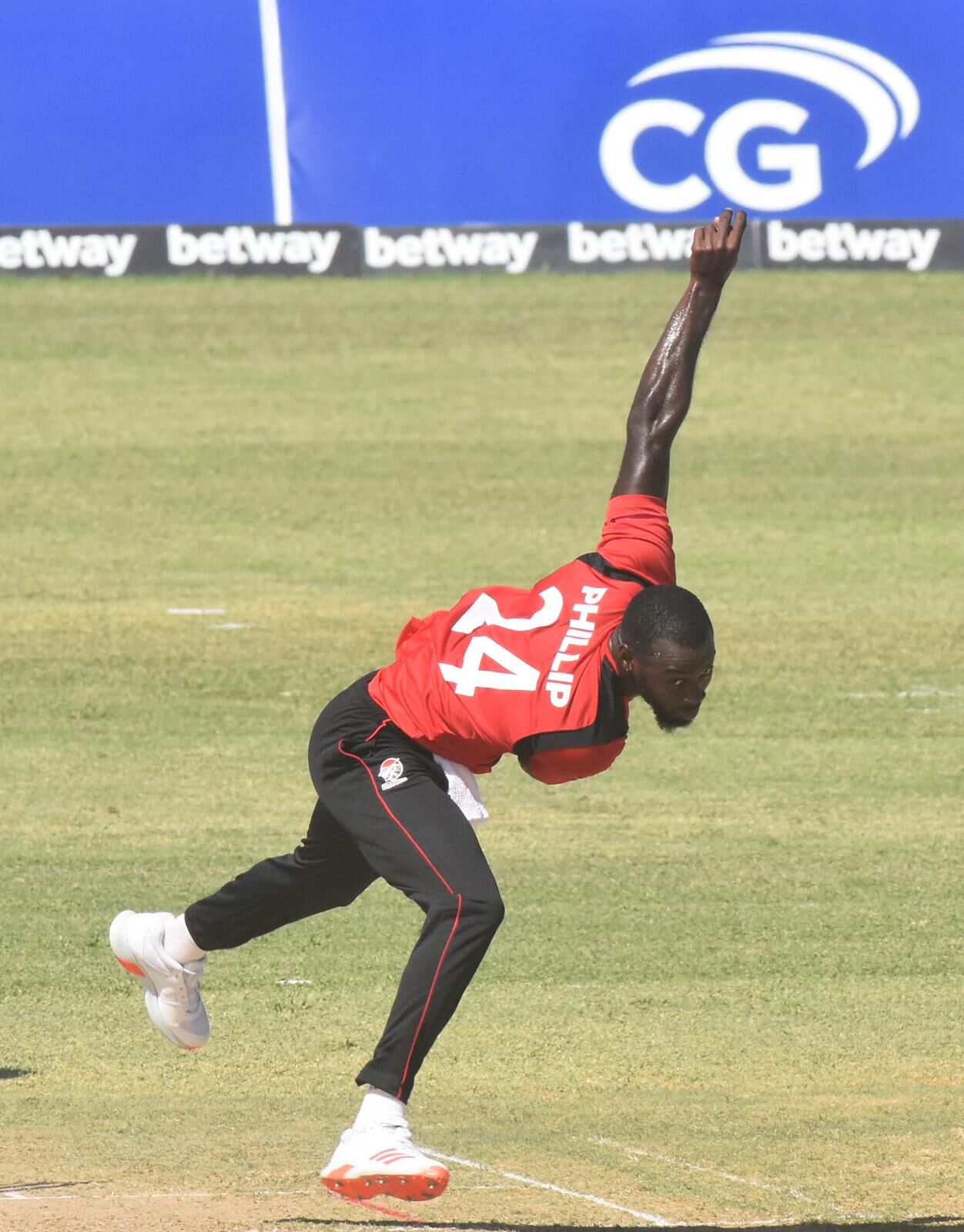 Trinidad and Tobago sealed their second win of the CG Insurance Super50 Cup, whipping Windward Islands Volcanoes by four wickets, in what should have been a cake walk after Lendl Simmons’ ton, but instead turned out to be a close contest at the Coolidge Cricket Ground in Antigua, yesterday.

After winning the toss, skipper Kieron Pollard decided to bowl first and he indicated that the Red Force team is standing in solidarity with the Trinidad and Tobago public in supporting the call to stop violence against women.

Pollard said the team will be wearing pink armbands to show support and is also dedicating their matches to the memory of Andrea Bharatt and so many other women who have been the victims of gender based violence in T&T recently.

“We as men need to take the initiative and stop domestic violence. At the end of the day, the ladies are very important to us and as a people, we need to love each other and desist and stop it. It is not good and we’re not going to advocate it. Today we’re going o play in memory of her and hopefully the messages will get through to Trinidad and Tobago and the wider world,” the Red Force skipper added.

The Red Force got off the good start with the ball, dismissing the Volcanoes for 227 with Jason Mohammed (3/50) and Anderson Phillip (3/56) doing the damage.

In reply, Simmons blasted 102 but the Red Force batting suffered a mid-innings collapse that gave the Volcanoes a sniff of victory.

The power-packed T&T batting line-up should have made light work of the chase, especially after Simmons paved the way following the dismissal of Evin Lewis for 37.

The right-hander took a short while to get in but once he was comfortable with the conditions, he dominated the bowling, hitting the first six of the match off Kenneth Dember, hitting the spinner straight back and over his head.

Simmons followed up with back-to-back maximums off pacer Ray Jordan over deep mid wicket and in a flash the 36-year-old was in sight of a sixth List A century.

He got to 90 with a cover drive for four off leg-spinner Cottoy before bringing up his ton with a single off Ryan John as the Red Force total moved on to 159 for one.

That score quickly turned into 181 for five with Nicholas Pooran departing for 17, Simmons and Jason Mohammed (17) both being run out and Denesh Ramdin caught out for one.

Those wickets left Pollard and Darren Bravo with the task of getting T&T over the line and they were more than capable of doing the job with Pollard flexing his muscles with a pair of sixes off Edward to take T&T past the 200-run mark in the 41st over.

He continued to take on the left-arm spin of Edward, hitting the bowler for a straight six to all but seal the result but the T&T skipper departed with just two runs to win, leaving Darren Bravo and Sunil Narine to take them over the line.

A final decision on the fate of the 2021 Carifta Games will be announced in May.

On Saturday, the North American, Central American and Caribbean Athletics Association (NACAC) hosted a special information session for the Carifta family. The Zoom meeting was attended by member federations as well as chairs of NACAC commissions and working groups.

A Dwayne Bravo cameo was key as Chennai Super Kings won their second game in three outings with a 45-run whipping of Rajasthan Royals in the Indian Premier League, yesterday.

Jose Mourinho has been sacked as head coach of Tottenham. Mourinho was called to a meeting with chairman Daniel Levy yesterday morning.

Eric Harrison was the class of the men’s 100 metres field at the Husker Big 10 Invite in Texas, USA, on Saturday. The Ohio State University senior struck gold in 10.34 seconds.

NIGEL PAUL is likely to be the only Trinidad and Tobago boxer at the Tokyo 2020 Olympic Games.

But he has an anxious three-week wait before confirmation if he is to be selected from among the Americas region’s super-heavyweights (division) for the July 23-August 8 summer games.