You have permission to edit this article.
Edit
Subscribe to E-paper
Election Central 2020
Coronavirus
Opinion
Press Releases
Special Report
Express TV
On Point
Individual of the Year
Someone Knows Something (SKS)
Photo Gallery
Videos
Special
Share This
1 of 5 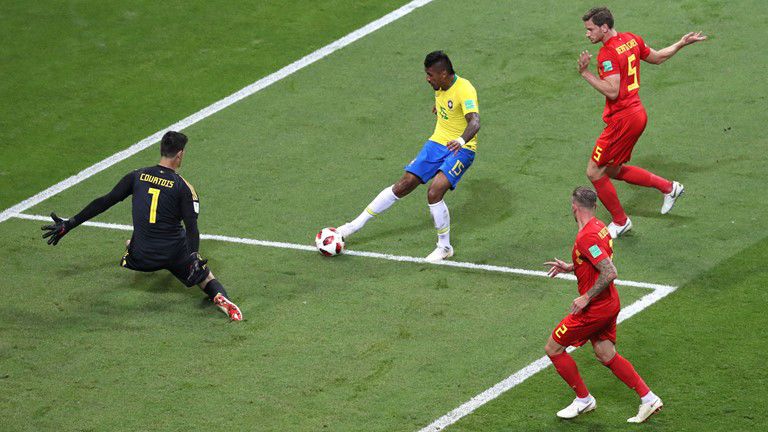 Belgium's keeper Thibaut Courtois spreads himself to narrow the angle and shut down this attempt on goal by Paulinho of Brazil, during their quarter-final match in Kazan, Russia on Friday. 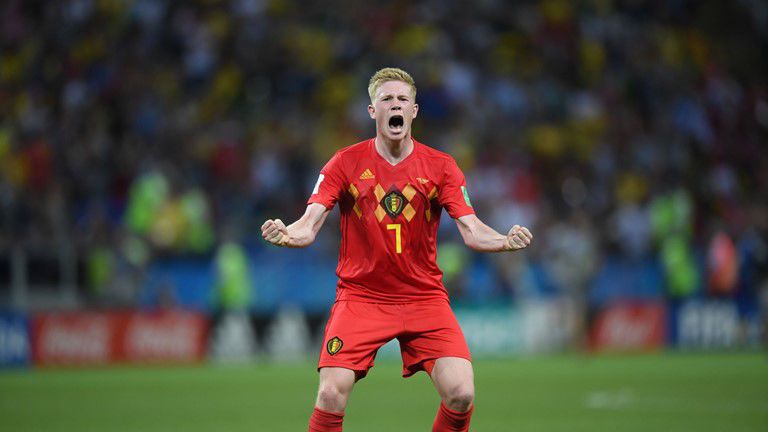 Belgian midfielder Kevin De Bruyne screams in delight after he scored his team's second goal in their 2-1 defeat of Brazil. 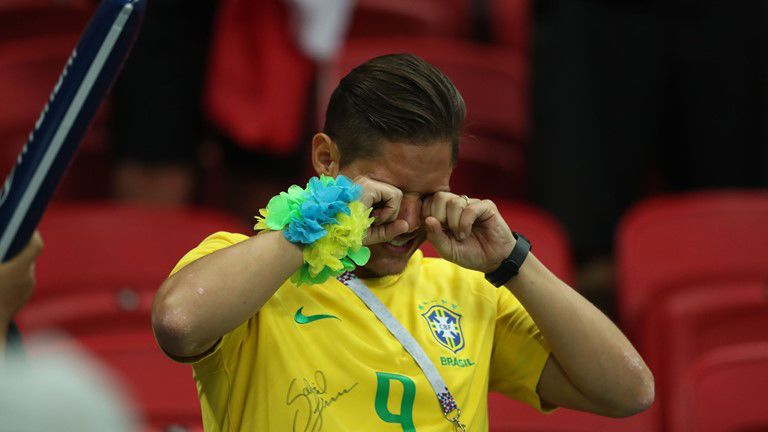 A Brazilian fan sheds tears after his team was beaten 2-1 by Belgium in their quarter-final match in Kazan, Russia, on Friday. 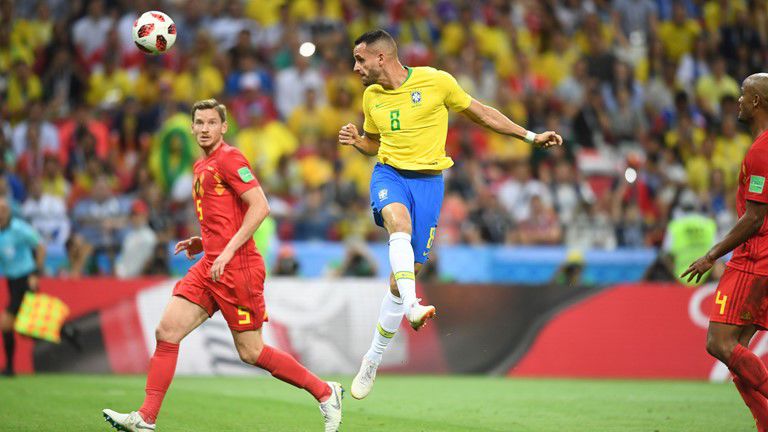 Renato Augusto directs the ball towards the goal in grabbing a consolation item for Brazil in their 2-1 quarter-final defeat at the hands of Belgium. 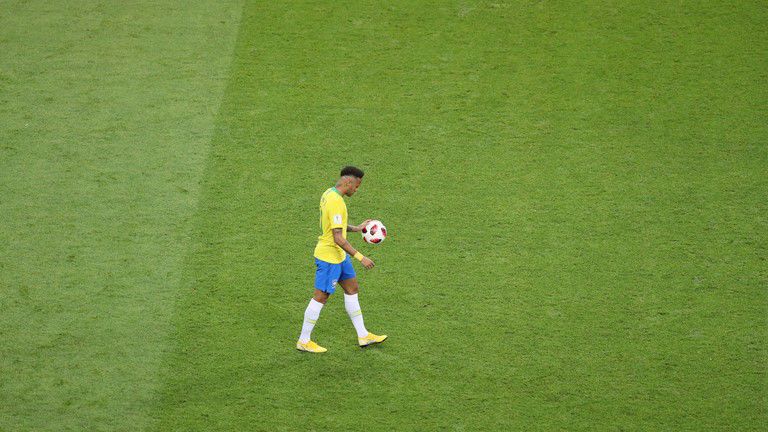 A disappointed Neymar seems to have his mind set on the NBA as he walks with the ball during Brazil's quarter-final match against eventual winners Belgium.

Belgium's keeper Thibaut Courtois spreads himself to narrow the angle and shut down this attempt on goal by Paulinho of Brazil, during their quarter-final match in Kazan, Russia on Friday.

Renato Augusto directs the ball towards the goal in grabbing a consolation item for Brazil in their 2-1 quarter-final defeat at the hands of Belgium.

A disappointed Neymar seems to have his mind set on the NBA as he walks with the ball during Brazil's quarter-final match against eventual winners Belgium.

Belgium brought an early end to Brazil's dream of capturing their sixth World Cup title with a 2-1 defeat in a fiercely contested quarter-final encounter in Kazan, Russia, on Friday.

The South American champions, who were trying to put behind them their infamous 7-1 semi-final defeat at the hands of Germany on home soil four years ago, seemed to be improving with every game. Thus, expectations of them were high.

But the script got rewritten in the 13th minute when a left side corner which was flicked on by Vincent Kompany struck Fernandinho on his arm while he was airborne, and flashed past a beaten Alisson for what was an own goal.

Brazil sank into deeper trouble in the 31st, Kevin De Bruyne blasting a low, powerful shot from just outside the box, after being fed by Romelu Lukaku. And it seemed like the ghost of four years past came back to haunt them.

The joy of victory...

In the 38th minute Philippe Coutinho produced a cracking effort from long range but Belgian keeper Thibaut Courtois pull off an excellent save to ensure his team kept hold of their 2-0 advantage.

De Bruyne tested Alisson again, this time with a well-taken 41st minute free kick, which the custodian push behind for a corner.

Following the interval, Brazil stepped up their intensity and Paulinho should have pulled one back in the 55th, but his weak effort from close range settled comfortably in Courtois' gloves. Their elusive first goal finally came in the 76th minute, with second half substitute Renato Augusto, rising to plant a header past Courtois off a Coutinho cross into the box.

Augusto came close to bringing Brazil level seven minutes later. He received a cross on the edge of the box with no defender at his back but his effort flew mere inches wide of the left post.

...and the agony of defeat

Neymar had one final effort in the fourth minute of time added on, however, his shot from on the edge of the box was easily controlled by Courtois to ensure there would be no late drama.

Belgium will meet France in the fist semi-final after their fellow Europeans sent Uruguay, the other South American outfit among the last eight, out of the tournament via a 2-0 defeat.

FIFA general secretary Fatma Samoura spoke directly of suspension of the Trinidad and Tobago Football Association (TTFA) for the first time yesterday when giving this country’s FA a September 23 (next Wednesday) extension for its former executives to withdraw its High Court action against world football’s governing body.

Che Richards is expected to reunite with his family on September 27, following completion of his 14-day quarantine. And within days, the Trinidad and Tobago long jumper will be back in training, preparing for the 2021 track and field season.

The Trinidad and Tobago Hockey Board (TTHB), citing Covid-19 and travel restrictions, has withdrawn this country as host of the Pan American Hockey Federation (PAHF) 2021 Pan American Cup Men’s & Women’s Tournament, which was scheduled for October-November next year.

Steel without McCollin in 2021

The Ascot Park Hotel Southern Steel have announced a young roster ahead of the 2021 ANZ Premiership season, which does not included Trinidad and Tobago shooter Kalifa McCollin.

THE Guineas will be sponsored for the first time in three years.

First Citizens Bank, sponsors of the New Year’s Day holiday card for many years until 2015, will help make the first leg of the Triple Crown possible next Thursday at Santa Rosa Park, Arima.

Will Trinidad and Tobago be suspended from world football today? United TTFA spokesman Keith Look Loy has his doubts, and so does a local football constitution expert.