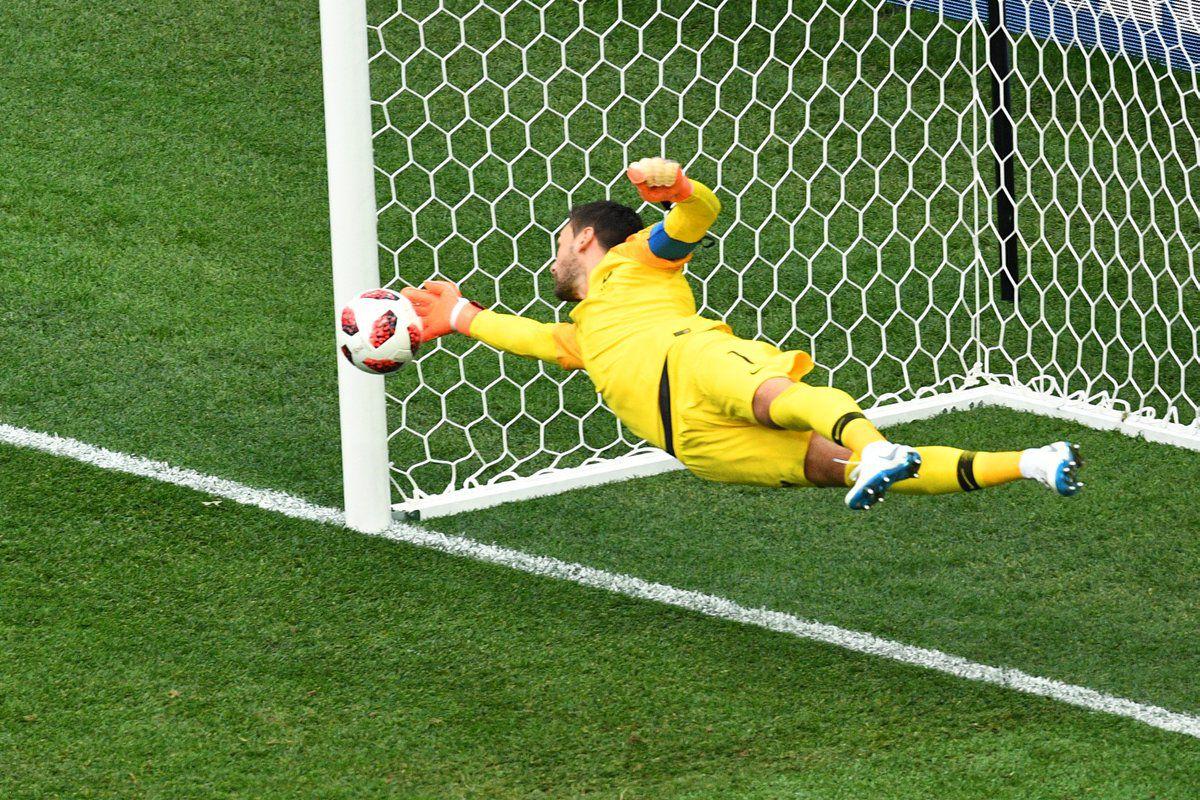 French goalkeeper Hugo Lloris gets down low to his right in the 44th minute to parry a header Martin Caceres, that was heading for the back of his net. France defeated Uruguay 2-0 to advance to the semi-finals. 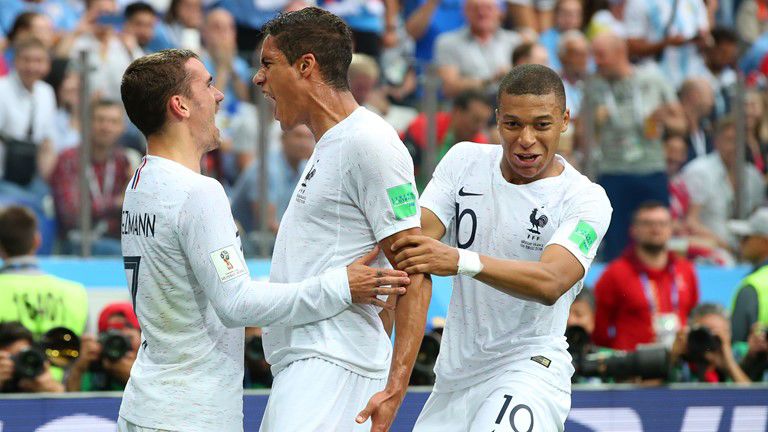 Rafael Varane, centre, is congratulated by teammates Antoine Griezmann, left, and Kylian Mbappe after scoring the first of their two goals against Uruguay on Friday.

French goalkeeper Hugo Lloris gets down low to his right in the 44th minute to parry a header Martin Caceres, that was heading for the back of his net. France defeated Uruguay 2-0 to advance to the semi-finals.

Rafael Varane, centre, is congratulated by teammates Antoine Griezmann, left, and Kylian Mbappe after scoring the first of their two goals against Uruguay on Friday.

France became the first team to advance to the semi-finals of the 2018 FIFA World Cup when they defeated Uruguay 2-0 in their quarter-final matchup at the Nizhny Novgorod Stadium, Russia, on Friday.

The game was expected to produce fireworks at both ends, but with Uruguay's in-form striker Edinson Cavani sitting out injured, the South Americans failed to get the offensive productivity needed to test their French counterparts.

Young Kylian Mbappe, with three goals to his name, came close to putting France ahead in the 15th minute, however, his glancing header from inside the box flashed over the crossbar.

But Raphael Varane did better in the 40th minute to give the European outfit the lead. Having gone forward for an Antoine Griezmann free kick, the defender timed his run well from just on top of the box to get to the ball and place a firm header past Fernando Muslera outstretched right hand and into the bottom corner.

Uruguay had two good opportunities to draw level in the 44th. First, Martin Caceres header off a free kick was well kept out by a fine save from Hugo Lloris. The shot blocker went full stretch to his right to parry the ball that was goalward bound. The rebound fell to Diego Godin but he could not find the back of the net from an acute angle at close range, shooting wide of the left post.

France were gifted their second goal when Muslera made a howler of what should have been a regulation save. Griezmann latched on to pass on the left of goal in the 61st minute, and he fired a shot with his favoured left foot that went straight to Muslera. But the shot blocker, who appeared to be caught in two minds, tried to parry and the ball instead of collecting with both hands, only for the ball to deflect off his hands to settle behind him. It was not the type of goal you would want to concede, especially to an opponent with such pedigree.

Finding a way back became mission impossible for the South Americans as prolific striker Luis Suarez was kept quiet by Varane and company. However, Cristian Rodriguez should have pulled one back in the 65th, but smashed his effort just a shade wide of the left post.

France continued to attack and Corentin Tolisso almost added a third in the 73rd, creating space for himself to get on the end of a pass on the edge of the box, only to place his final effort over the crossbar.

And even with six minutes of time added on, Uruguay could not muster any goal scoring opportunities, as the y bowed out of the tournament in tears.