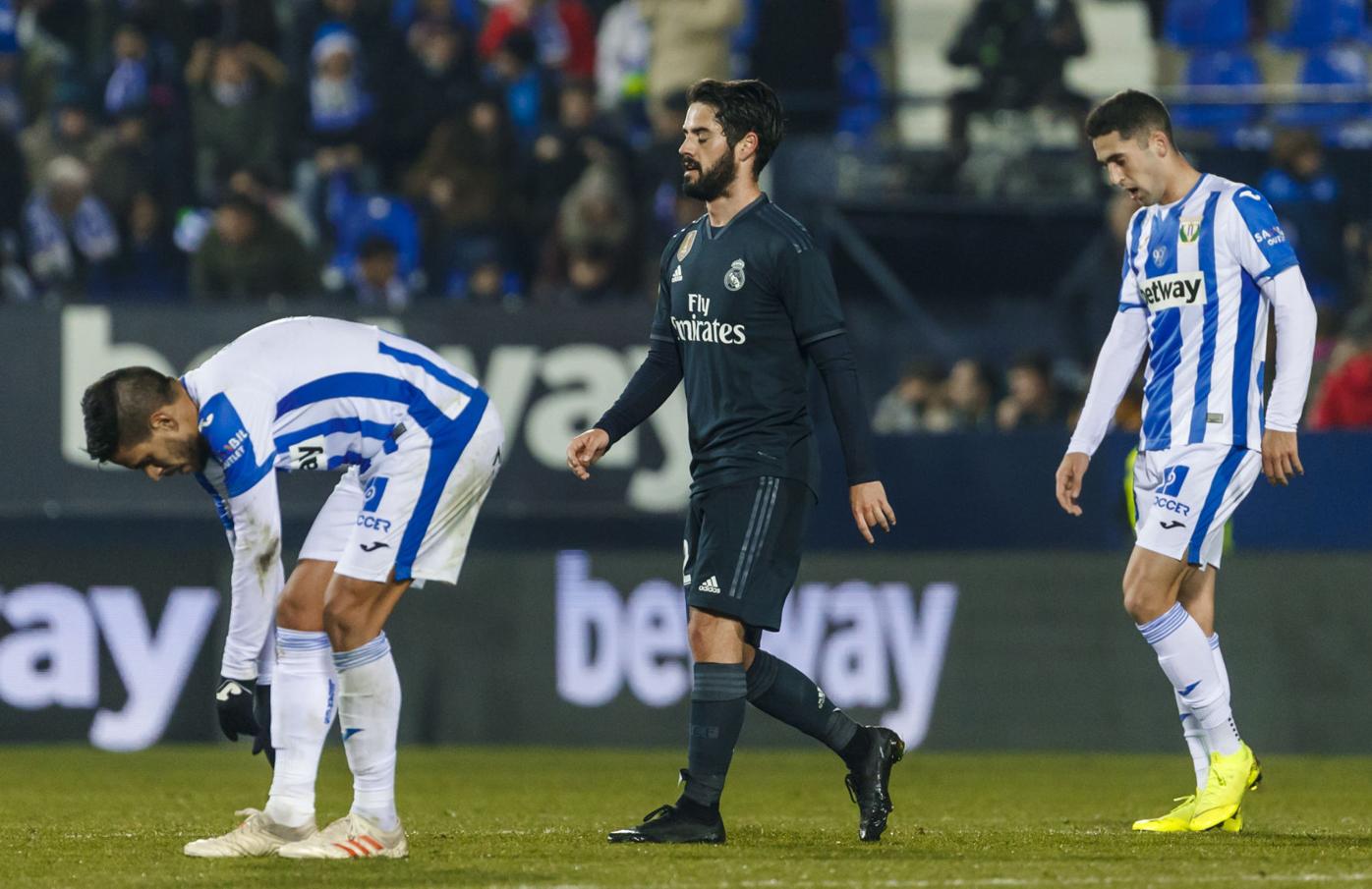 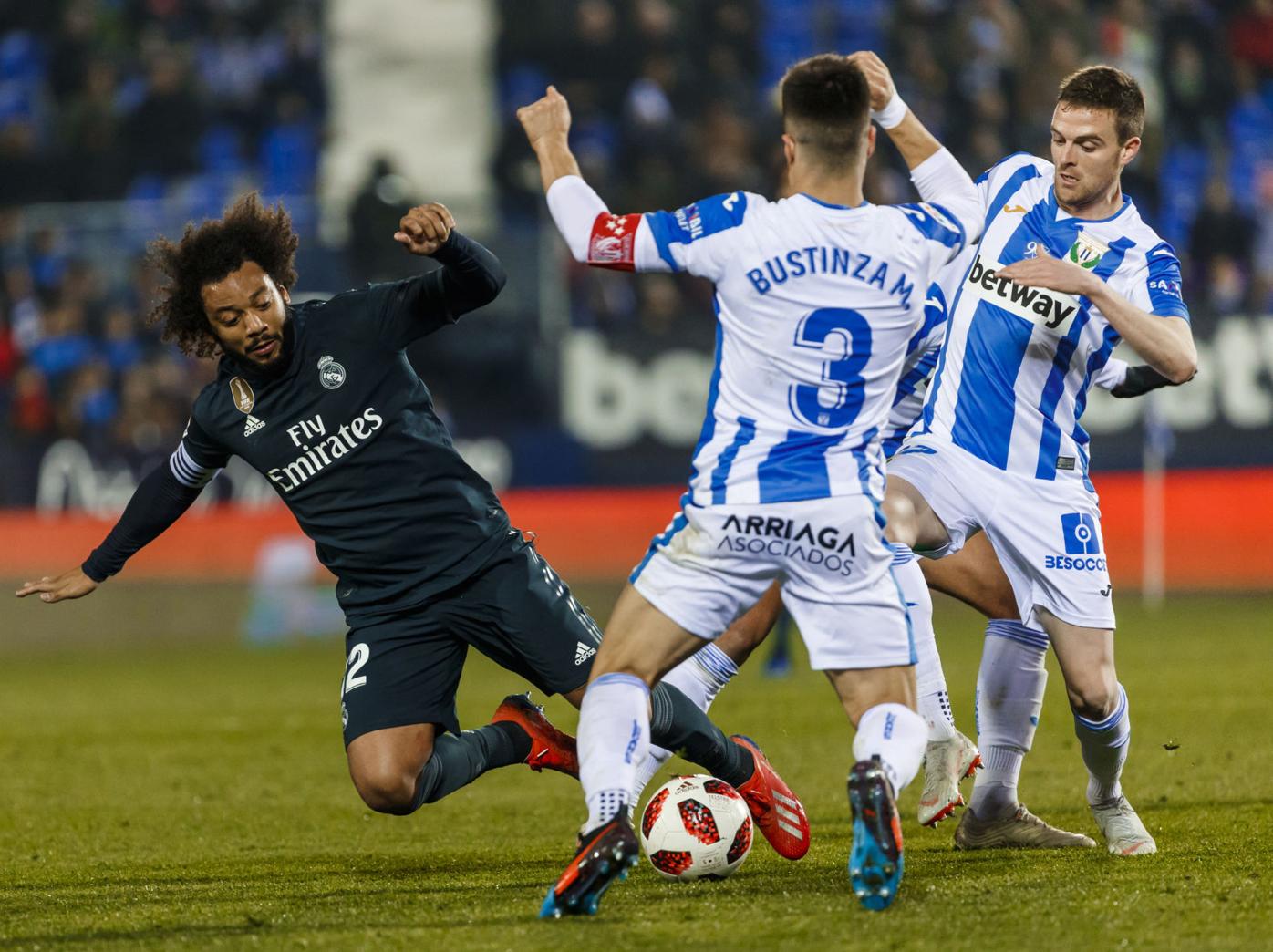 MADRID (AP) — The first season without Cristiano Ronaldo is proving to be a difficult one for Real Madrid.

The Spanish powerhouse hasn't been this bad in more than two decades.

Not since 1996 had Madrid lost 10 matches at this point of the season. That team, led by Raul Gonzalez, lost 12 times by the end of January. Madrid's team coached by Guus Hiddink three years later also struggled, losing 10 of its first 32 matches in all competitions, exactly like this season.

But all had gone mostly well for Madrid since then, especially after Ronaldo arrived in 2009 and led the club to a trove of trophies.

"The last few years have been some of the best in the history of Real Madrid," defender Nacho Fernandez says. "It's going to be difficult to match or surpass that."

Madrid's latest loss was at Leganes in the Copa del Rey on Wednesday. It still advanced to the quarterfinals after having won the first leg 3-0, but the defeat again exposed some of the team's problems since Ronaldo departed to join Juventus:

Zinedine Zidane left just before Ronaldo and his absence has been felt just as badly.

Madrid replaced the France great with Julen Lopetegui, but the former Spain coach lasted only about three months before he was sacked.

Former player Santiago Solari arrived as an interim coach and was given the full-time job after a good start, but confidence in him has quickly eroded as the team continues to be inconsistent.

He has struggled to manage some of his players, including Francisco "Isco" Alarcon, who could be on his way out because of his lack of playing minutes. He was substituted in the second half against Leganes on Wednesday.

Calls for another coaching change have been getting louder, adding to the team's instability on the field.

Madrid did not make any blockbuster signing to try to replace Ronaldo, betting instead on youngsters such as Vinicius Junior, who is only 18.

The Brazilian has shown signs he could be a star, but still lacks the experience to lead the squad.

Mariano Diaz was given the No. 7 jersey when Ronaldo left, but his season has been marred by injuries and he hasn't been able to contribute much so far.

Madrid hoped veterans Gareth Bale and Karim Benzema could take over the leadership role that Ronaldo used to carry, but that never happened even though their numbers improved significantly after the Portuguese star left.

They each have scored more goals, but haven't been consistent enough to also notch victories.

The club has conceded more than 30 goals and has one of the worst defenses among the teams in the top half of the Spanish league standings.

It lost 3-0 to Sevilla, Eibar, and CSKA Moscow in the Champions League, and was demoralized by Barcelona 5-1 in the league at Camp Nou Stadium.

"We know that we have to get better," midfielder Casemiro says.

It hasn't helped coach Solari that he lost Bale, Marcelo, Toni Kroos and Diaz to lengthy injuries. Benzema is the latest concern for Solari because of a broken hand.

"It's been an atypical season with all the injuries," Fernandez says. "We haven't been playing our best soccer, but there is a lot of season left."

Madrid's next match is on Saturday at home against Sevilla in the Spanish league. Madrid is fourth in the standings, 10 points behind leader Barcelona after 19 matches.

Son of the soil

The Trinidad and Tobago Red Force machine continued to purr in the Super50 Cup, rolling past…