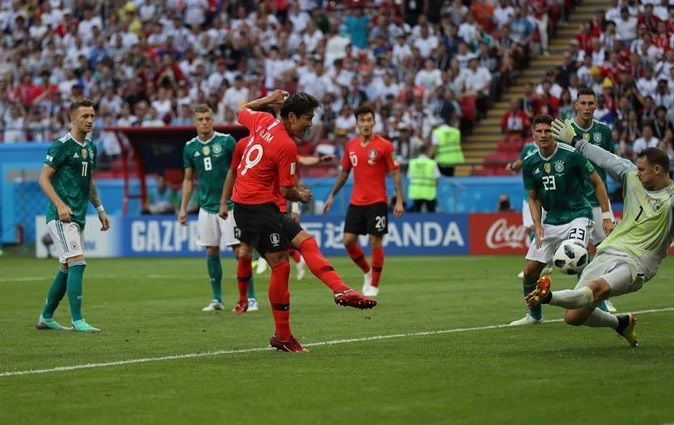 Kim Younggwon fires the ball past Manuel Neuer in scoring Republic of Korea first goal in their stunning 2-0 defeat of world champions Germany, in their Group F encounter at the Kazan Arena, Russia, on Wednesday. 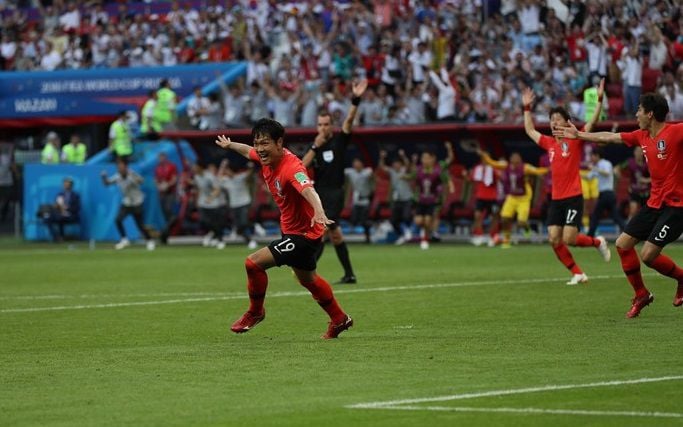 Kim Younggwon and his teammates celebrate their victory against defending World Cup champions Germany in Kazan, Russia, on Wednesday. Republic of Korea won 2-0 to send the champions crashing out of the tournament. 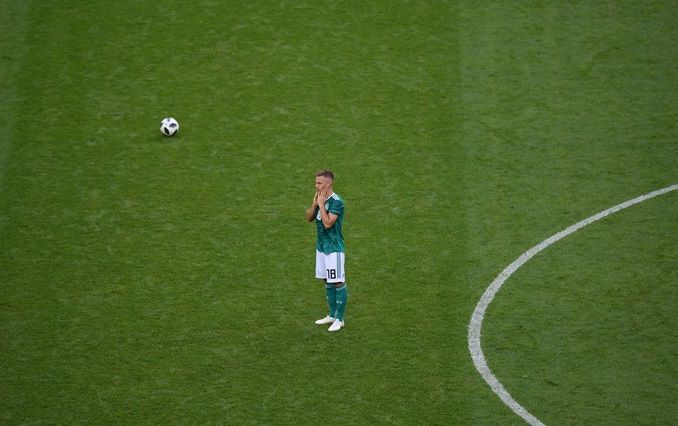 German defender Joshua Kimmich stands in disbelief after his team was eliminated from the 2018 FIFA World Cup at the group stage, following a 2-0 loss to Republic of Korea. 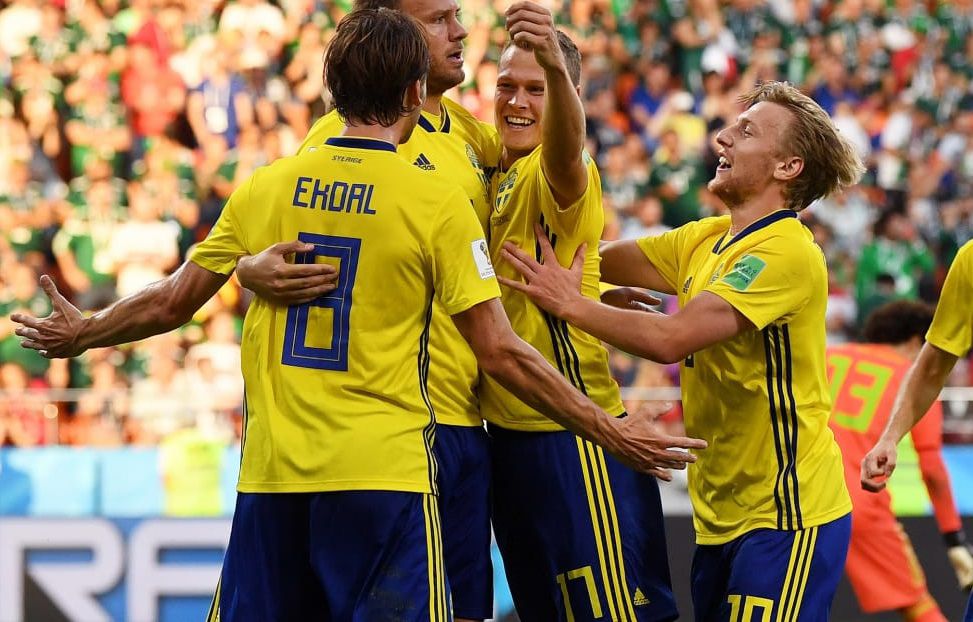 Albin Ekdal joins some of his teammates in celebrating their 3-0 win against Mexico.

In what was one of the biggest upset in World Cup history, 57th ranked Republic of Korea (formerly South Korea) send defending champions Germany crashing out of the group stage for the first time in their history.

The Koreans defending doggedly against what had been a mostly uninspiring German unit thus far, before scoring two late goals in time added on, against the run of time, to seal a historic victory in their final Group F encounter in Kazan.

Ranked number one in the world, Germany showed their superiority with 69 percent possession of the ball, but their finishing in front of goal abandoned them when it mattered most.

The joy of victory...

Mats Hummels came close to opening the scoring in the 41st after receiving a defence-splitting pass, but his low shot low was well held by Jo Hyeonwoo. The Korean shotblocker came up big again in the 48th minute, diving to his right to punch away a header by Goretzka, that was heading into the top left corner.

Germany brought on Mario Gomez in place of Sami Khedira in the 58th minutes, and then called on Thomas Muller five minutes later in place of Leon Goretzka, to have three strikers up front as they went in search of that elusive goal.

The champions continued to press but Hyeonwoo, with a couple of brilliant saves, including a great two-handed save off a Toni Kroos effort in the 88th minute that appeared to going bottom left corner, and dogged Korean defence kept them at bay.

...and the agony of defeat

And when the fourth official signalled that there would be six minutes of time added on, the unthinkable happened. Kim Younggwon, who was not picked up by the German defence, had the simplest of tasks to roll the ball into an empty net from close range after a rebound came his way. The goal was originally discounted after the linesman flagged offside but after consulting the VAR, referee Mark Geiger ruled it counted.

Desperate now to find a way back, goalkeeper Manuel Neuer joined his teammates in attack in the fifth minute of added on time, but was caught in possession in the final third and a long ball played out of the defence, found Son Heungmin, the lone Korean player in Germany's half and he simple ran down the ball and tapped it into an open net.

The loss saw Germany finish at the bottom of the group on three points, and in the process joined France, Italy and Spain, as champions who would have fallen at the first hurdle of their defence.

In the other Group F match, Sweden defeated the previously unbeaten Mexico 3-0 to take top spot in the group.

The Swedes signalled their intention as early as the 12th minute when Marcus Berg placed his shot just wide of the left post, from inside the box. And in the 30th minute, they had a call for a penalty turned down by referee Nestor Pitana following A VAR review, after it appeared that Chicharito had handle the ball in the box.

After a goalless first half, Ludwig Augustinsson put Sweden ahead in the 50th minute when he rifled the ball into the middle of the net off a rebound. And Andreas Granqvist doubled their advantage 12 minutes on, beating the outstretched arm of Guillermo Ochoa with his penalty kick after Hector Moreno brought down an opponent in the box.

Mexico never found their way back after conceding for a second time and their lack of luck was evident in the 74th in conceding an own goal. Edson Omar Alvarez Velazquez unluckily beat Ochoa when a ball flicked on from a header bounced off his left knee to settle at the back of his own net.